Iowa online poker legalization measures may have been shelved back in 2012, but the state’s land-based gambling industry is thriving. Now some are wondering if it might be a good time to revisit the Internet poker issue again. 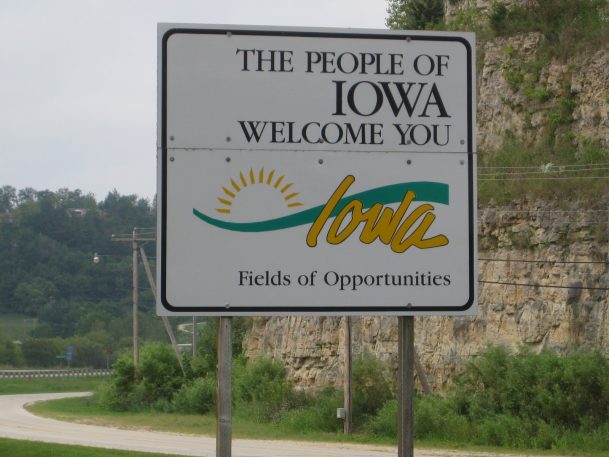 An increase in brick-and-mortar gambling revenue in the Hawkeye State could mean Iowa is ready to revisit the online poker debate. (Image: playbuzz.com)

The Hawkeye State’s Racing and Gaming Commission has reported a $21.6 million increase in gambling revenue during the fiscal year in 2016, opening the door for discussions that could lead to even more money if a legal online poker market can be established.

Thanks to a new casino in Jefferson and a renovated venue in Sioux City, the state now has 19 licensed gambling venues and, as the money report suggests, business is booming.

In fact, the $1.4 billion gross gambling revenue was not only an improvement on 2015, but a reflection of  the midwestern market’s strength.

Although the total attendance of 21,538,433 was 90,000 patrons less than in 2015, the average loss per play was up from $65 to $67. This change in dynamics pushed revenues to new heights, which poses the question: could now be a good time for Iowa to revisit the online poker debate?

A look back in time shows us that Iowa was initially positive about online poker. In 2012, the Iowa Senate passed Senate File 2275 by a margin of 29 to 20, but that’s as far as it went.

The aim of SF2275 was to create a regulatory framework through which state-licensed operators and online operators could partner to offer intrastate Internet poker.

Could Online Bill be Resurrected?

Early estimates suggested that tax revenue from a potential Internet poker industry could be $35 million, but later findings indicated  this was an overinflated figure, and takings would more likely be between $3 and $13 million.

Regardless of the projections, 2275 only made it as far as a Senate vote and was passed over in the House of Representatives.

But with three states now offering online poker in New Jersey, Nevada and Delaware, and more currently but a heartbeat away from passing some form of regulation, it could be time for Iowa to make its move. The news that gambling revenue is on the up certainly proves that the state’s 3.1 million population isn’t adverse to the industry as a whole.

In fact, according to a report released by Gambling Compliance soon after the 2012 vote, estimates suggested that 150,000 Iowans played online poker, albeit at offshore sites, at the time. That’s enough to show there’s clearly an interest in the game that operators could build on.

Of course, even when all the signs suggest that online poker would thrive, state regulators seem to have a way of complicating things. However, if there was ever a time for players, regulators, and operators to lobby for online poker regulation in Iowa, now could to be the time.