Once considered an unstoppable force, it’s been a rough year for gaming operator Amaya, Inc. The Quebec-based company has seen its CEO face legal issues while stepping down, but now the latest news to hit it may affect its bottom line. 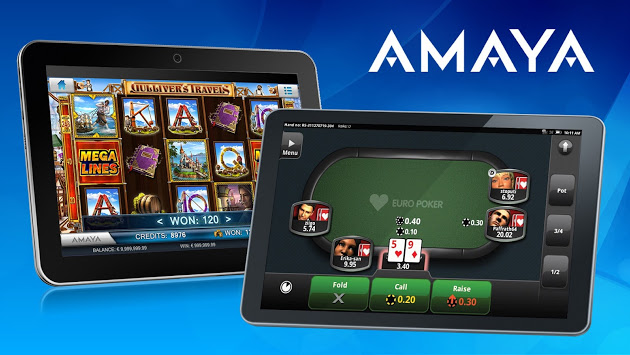 That’s because the online poker market is on the decline, which has caused analysts at Canada’s largest independent investment firm, Canaccord Genuity, to reduce Amaya’s target share price.

According to a recent report by Canaccord, a slowdown in poker activity, coupled with a tough twelve months in the Canadian iGaming sector overall, has caused Amaya’s target price to drop from $42 to $28. Although financial firms will often lower target prices in order to generate more market activity, the recent news suggests that online poker is still struggling to keep pace with other areas of the industry.

Despite Canaccord telling its clients that PokerStars is still the market leader, the internet poker industry as a whole is losing ground. That means future revenue across the board will continue to fall. In fact, even before Amaya took charge of PokerStars, the site had moved to counter this trend by offering casino games.

Since the takeover, the introduction of more non-poker options has steadily increased and there’s good reason for it. Although the target price of one company doesn’t necessarily reflect the true state of the industry, it is an indication that operators can’t simply offer poker alone anymore.

Also contributing to the lower price rating is PokerStars’ ongoing legal issues in Kentucky (the operator is contesting an $870 million fine), as well as David Baazov’s failed takeover bid. When news of Baazov’s bid for Amaya went public, trading in the company’s shares increased.

But following his recent decision to retract the offer, prices have slumped and the company is now reeling from another failed bid. It’s not all bad news, though. According to Canaccord’s Kevin Wright, Amaya’s size and scale should protect it from any market volatilities heading into 2017 and the investment firm still believes a “buy” rating is appropriate.

Another factor that could potentially work in Amaya’s, as well as PokerStars’, favor, is the appointment of a new Chief Operating Officer (COO). Guy Templer will move up from his current position as Chief Strategy Officer to assume the role of COO on January 1, 2017.

Reporting to CEO Rafi Ashkenazi, Templer will be in charge of various aspects of PokerStars’ products, including customer service, payments and security. Additionally, Templer will oversee the launch of new products, which could be crucial to the site’s fortunes in 2017.

Recent innovations, such as Beat the Clock tournaments, have continued the recent trend of appealing to casual players. While regular players might prefer to see more developments for traditional games, it seems the current conditions will mean new players remain the focus over the next 12 months.