Deaf poker champion Chris Smitton will keep his title after proving that his hearing is certifiably impaired. 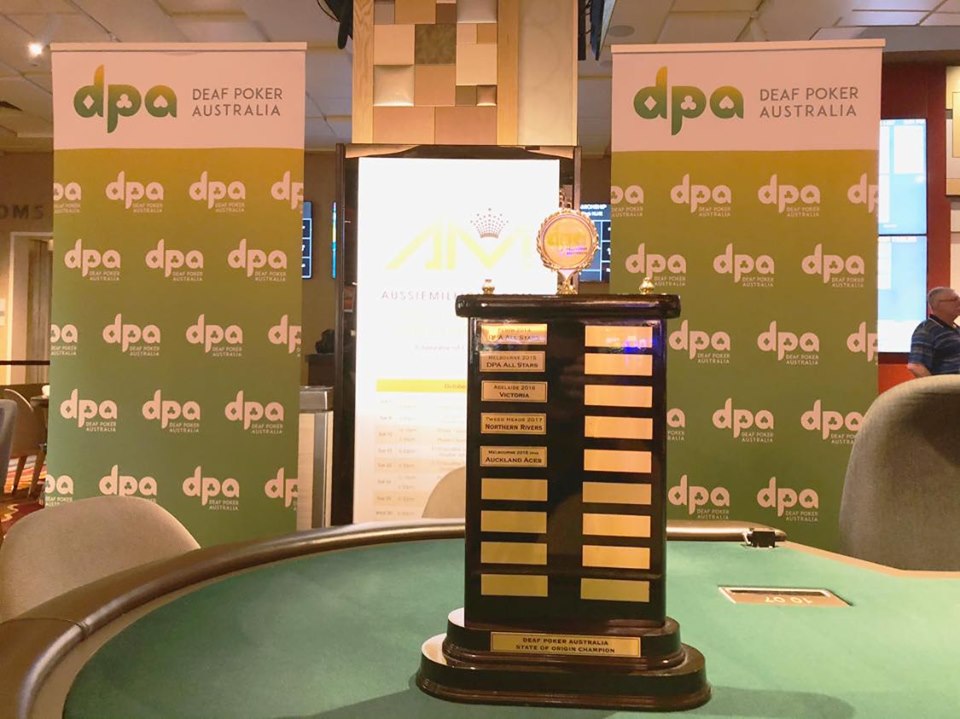 After being labelled a fraud by some members of the community, Smitton’s condition has been verified by Deaf Poker Australia (DPA).

Responding quickly to pockets of discontent, the DPA conducted a full investigation. In a press release, the organization confirmed Smitton does have a certified level of hearing loss.

“Mr. Smitton has been fully co-operating with the Board, providing us with documentation to confirm his hearing loss by way of an audiogram,” reads the Oct. 22 press release.

In confirming his impairment, the latest Deaf Poker Australia Championship winner was also cleared of violating any local laws.

The $150 tournament was hosted by Crown Perth between Oct. 17 and 20. As a state and federally regulated gaming venue, Crown Perth has its own “house rules.”

In situations where a conflict may arise, DPA rules are superseded both by Tournament Director Association (TDA) and house rules.

“Under the rules, terms, and conditions stipulated by Crown Perth, which are regulated by state and federal law and thus, supersede DPA Tournament Rules (refer to DPA Rule 1.2 below), Mr. Smitton was entitled to participate,” the press release continues.

In conclusion, the DPA has confirmed that Smitton’s win was valid, and he remains Deaf Poker Australia Champion 2019.

While the issue has been resolved, the potential disconnect between DPA rules and local laws has provided food for thought.

Although much of the backlash was the result of hearsay, some level of disparity between rule sets can always cause conflicts.

For its part, the DPA has acknowledged this, and has vowed to improve what it described as a “very complex and layered” issue.

“The Board would also like to thank the vast majority of people from both within and outside of the Deaf/HOH community, providing DPA with their ongoing support, feedback, and ideas for the future,” concluded the DPA press release.

As a small but tight-knit community, hard of hearing (HOH) and deaf poker players need to maintain certain standards. Just as the Paralympics must preserve its integrity by ensuring all participants are suitably qualified, deaf poker organizations also have to self-govern.

Even with that being true, the DPA has reaffirmed that abusive behavior will not be tolerated. After winning the Deaf Poker Australia Championship, Smitton was subjected to some less-than positive comments online.

A number of players did remain supportive and, since the DPA’s investigation, many more have offered their congratulations.

“I think that the people who wrote nasty comments and insults directed at him on this page should apologize. What I find interesting is that so many of these comments started with – what I was told was and I heard – and so on. Hopefully, everyone can move past this now and go back to enjoying the event,” Fayx Chambers wrote on Facebook.

With the situation resolved and the community happy, it’s back to the business of enjoying poker regardless of who you are or what your physical condition is.

I believe, that Fromula 1, for blind,, too, must be! And I congratulate Chris Smitton and wish him health! If he’s not a crook!

well, we know that deaf people are just normal people with a lack of hearing and now we know many also share the unfortunate qualities of haters and trolls like Damo Barrett and Andrew David Waterworth.