Wyatt Green, an alleged insurance fraudster in Jacksonville, was caught on a live stream playing mid-stakes poker while out on bail by a local news investigation team. 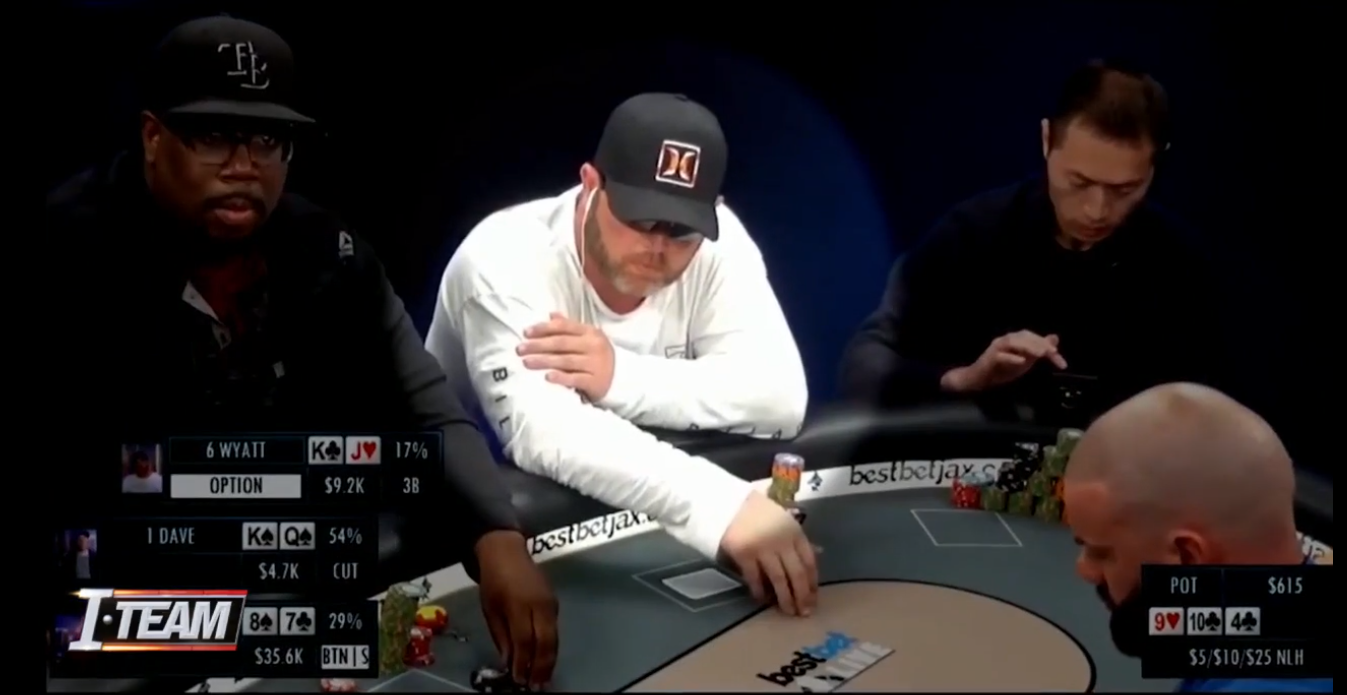 The poker player was arrested last month on felony charges of forgery, grand theft, and fraud. He was granted bail but after being caught playing poker, his bail was amended to prevent him from gambling.

Green was spotted by News4Jax’s I-Team playing in a Bestbet Live cash game stream recently. They passed the news on to the State Attorney’s Office who then filed to have a judge amend his bail.

Green is the owner of Storm Restoration Specialists in Jacksonville, Florida. He is alleged to have forged homeowners’ signatures and used stamps with the names of mortgage companies to fraudulently endorse insurance checks to profit money.

Authorities claim he took thousands of dollars from insurance companies for repairs to local homes, some even affected by hurricane damage, but instead pocketed the money and never performed the work.

Playing Poker While on Bail

Most accused criminals keep a low profile while on bail or during the trial. That isn’t the case for Wyatt Green, however. Instead, he spent some of his time at Bestbet Jacksonville playing poker on a live stream. And his alleged victims weren’t exactly thrilled to have found that out.

“That’s infuriating,” Kristen Wright, one of the homeowners named as a victim in court documents in Green’s case told News4Jax. “You know, he’s telling everyone he’s already settled and he’s already paid and he hasn’t. He’s told everybody he’s trying to make it right, and clearly he’s not. He’s still out for his own benefit and doing his thing,”

Wright claims Green owes her more than $29,000. The accused felon allegedly never finished a major renovation project on her home and instead pocketed her payment.

Green, however, had money to play in a $2/$5 no-limit hold’em cash game. At one point during the stream, he was up around $1,300. That didn’t sit easy with those who claim he owes them money.

Surprisingly, scammers insurance play poker! I wonder if they really think you can’t recognize them anywhere. Or just like to risk betting All-in?

Wyatt Green is a fraud, thief, con and loser! wrote...

Wyatt Green and his team of thieving fraudsters including attorneys stole over $8000 from me which they received from my insurance company to re-roof my residence. He cashed the check, never said a word to me and I still don’t have a new roof, but he has my money. He really should be in prison and I don’t know what the hell the state of Florida is waiting for.

You are a moron without facts.

The State of Florida believes that Wyatt Green took home owners insurance proceeds and ran off like a thief in the night. The truth is the state ignored the facts! Facts like the 400k in funds that were given to Jeremey Rogero as part of a merger. Where are those funds? Rogero defrauded Wyatt Green into the merger because his company was sinking and he needed the cash. The state didn’t investigate that little fact. Why did the state or any of the investigators look into the merger, they simply took the word of Rogero’s CPA Barbra Brown, who admitted she falsified documents “on accident” prior to and after the merger. Why did the investigators or state actually look at the 93 page contract between Rogero and Green? Why didn’t the state dig into Rogero’s financials to reveal the lack of funds? Lazy ass prosecutors that’s why! They don’t care about real justice they didn’t bargain on Green coming out fighting! Now they are in a pickle because they have to prove the charges and fact is they can’t! So perhaps you all should go after the real criminal Jeremey Rogero, Barbra Brown and Dennis that fat fuck!