A busy weekend at Melbourne’s Crown Casino saw lots of action both on, and off, the felt as the 2020 Aussie Millions nears its conclusion. 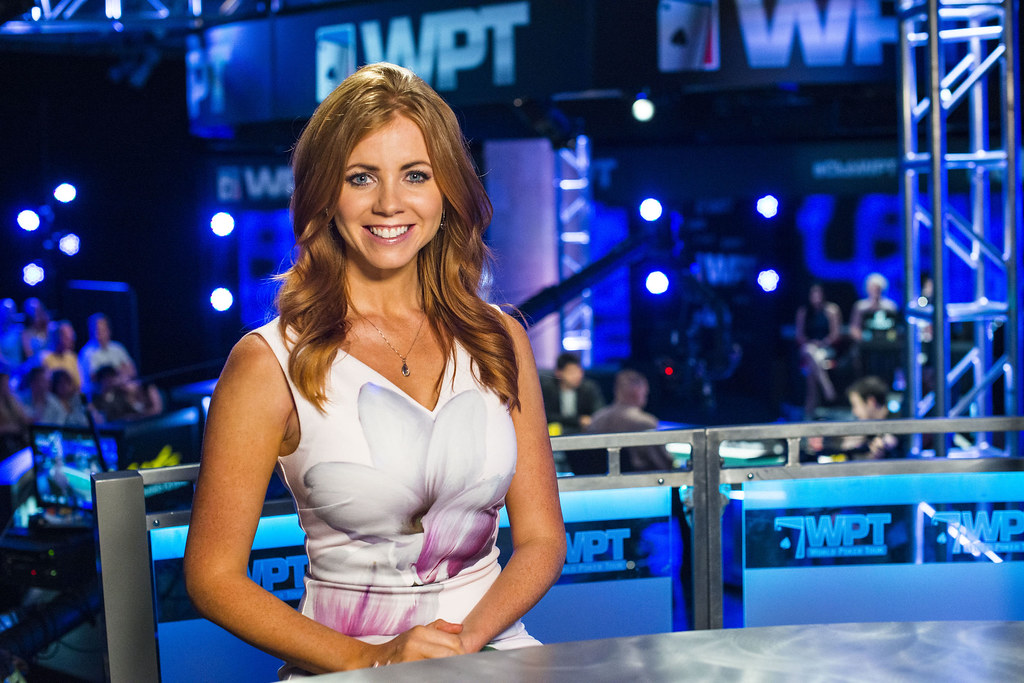 Lynn Gilmartin has been honored for her contribution to poker ahead of Day 2 in the Aussie Millions Main Event. (Image: Flickr/WPT)

With rain bringing relief to parts of Australia devastated wildfires, poker’s finest were out in force over the weekend. With many already contributing to Lynn Gilmartin’s bushfire appeal, they took a moment to applaud her recent efforts.

Named alongside Kahle Burns as the latest inductee to the Australian Poker Hall of Fame, Gilmartin took center stage before Day 2 of the Aussie Millions Main Event.

“She never walks around without a smile on her face. She loves poker, she loves people, and she’s just an amazing human being, and a credit to us all in poker,” Hachem said on January 19.

Gilmartin used the induction ceremony to salute Australia’s greats, and express her gratitude to the community.

“The timing of this is extra special because I’ve never been prouder to be part of this community than I am right now. I’ve had so much support from around the world over the past few weeks,” Gilmartin said before the main event restarted.

With the speeches over, Gilmartin and Burns were formally added to a list of Aussie icons started in 2009. Along with Hachem, famous names such as Tony G, Mel Judah, Jeff Lisandro, and Billy Argyros are included in the Australian Poker Hall of Fame.

When the ripples of applause for Gilmartin and Burns subsided, it was back to business for those left in the Aussie Millions Main Event. The AU$10,600/US$7,300 showdown got underway on Jan. 17 with the first of three opening flights.

Thanks to the recent wave of interest in live poker, the tournament narrowly missed out on breaking a record. When the registration desks closed early on Day 2, the final number of entries was 820.

Enjoying the main event of the Aussie millions pic.twitter.com/jxZHfUUfp5

That figure means the 2020 Aussie Millions Main Event was just three buy-ins short of breaking the 822-entry record set last year. Despite that, it’s the third year in a row 800+ entry fees have been collected, meaning 88 players are now fighting for a share of $5,644,175.

Still in the hunt for a top prize of $1,273,381 are some of the game’s finest. Australian Jordan Tentori leads with 439,700 chips, closely followed by China’s Shao Liu (410,00). Things didn’t go quite so well for former Aussie Millions Main Event champion Toby Lewis, who, along with cricket legend Shane Warne, crashed out midway through Day 2.

Mixed 14 hours of play at the @AussieMillions today. Didn’t play my best & made some bad mistakes too. I also got horribly unlucky at times which fuelled my frustration. In between all that – I made a couple of great calls & plays. Bagged 29,600 in chips-so bring on day 2 Monday

The comeback of the day went to Jeff Madsen. Moving all-in on the flop with pocket aces, the American had just one out against David Yan and Martin Zamani.

With the former holding a set and the latter on a flush draw, only the A♣ could save Madsen. That card duly appeared on the river, catapulting Madsen back into contention, and into the top-five, Day 2 survivors.

When play resumes on Jan. 21., approximately 50 percent of the field will go home with nothing. Once the bubble bursts, 88 hopefuls will continue their journey toward the Jan. 24 final table, and the Aussie Millions Main Event crown.