The Indian poker industry is leading the way in breaking down gender boundaries thanks to a sponsorship deal involving an all-female cast. 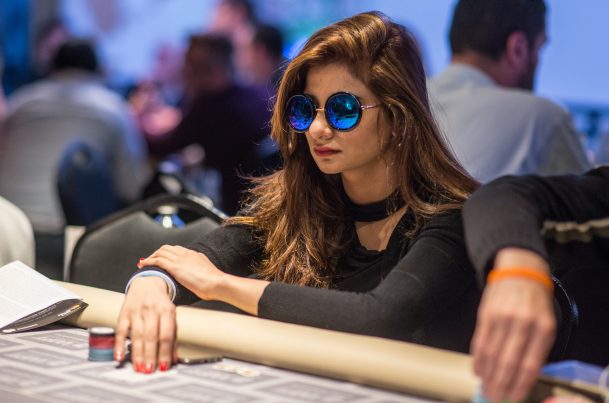 Part of the industry’s ongoing efforts to paint a positive public image and reach as many consumers as possible, online upstart 9stacks announced a new partnership with nine players.

Under the terms of the deal, India’s newest online site has recruited women from across the country to represent its brand at the Deltin Poker Tournament this February and beyond.

As well as representing the brand, the women will be aiming to show casual observers that poker isn’t just a man’s game.

Dubbed the Nine Missketeers and led by established pro Muskan Sethi, the team hail from a variety of backgrounds. As well as Rupal Bansal, the founder of an online poker news site, the ambassadors include a journalist (Radhika Mahalingaiah), an IIM Kozhikode graduate (Lavanya Thota) and chartered accountant Ritu Chadha.

Although poker around the world has gradually diversified in recent years thanks to high profile wins by the likes of Vanessa Selbst and Liv Boeree, a deal of this magnitude is rare.

What’s more, with attitudes to women in sport not being as liberal in India as they are in other parts of the world, 9stacks’ announcement is even more significant.

“Given that poker is a mind sport that requires strategic acumen regardless of their gender we think there’s a huge market waiting to be tapped here, and we just need a small push to encourage more women to take up poker either professionally or just for fun,” 9stacks founder Sudhir Kamat said.

Another Honor for Methi

For team leader Methi, this is the second major honor earned from her time in poker. Back in November 2017, the poker pro and animal rights activist was honored with a Women’s Achievers Award for making a name for herself in a “male-dominated” profession.

“This time, we thought it fitting to bring together women who have been the first to make a career in male-dominated professions on a common platform and laud their achievement,” Union Women and Child Development Minister Maneka Gandhi told the Hindustan Times in October.

That award was not only a personal achievement for Methi, but another example of how women and poker are starting to earn more respect among those in power as well as the general public in India.

Another great thing about Poker. It´s for everybody. Man, woman, young or senior. Anyone can do well on the tables ! Cheers, M.D.

Cannot beleive it, Finally more attention on the front lines ,Woman have the abilities the same as men, and maybe more, We are as or better in situtations better then many men, and we also are way better then most males about keeping our cool for the most .,Way to Go, Maybe these male players will faulter when facing us gals at the tables, and go bac to the good old games like MEN ONLY if they survive the social media hype