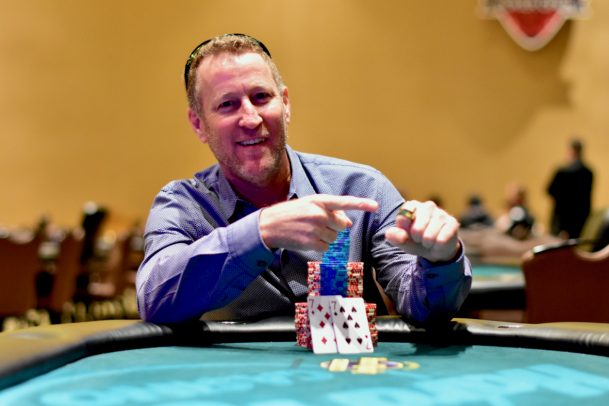 The WSOP Circuit’s first-ever stop at the Seminole Hard Rock in Hollywood, Florida, consisted of a dozen ring events and culminated in the Main Event that drew 904 entries and created a $1,356,000 prize pool.

In the end, the title came down to Joe Gotlieb and Asher Conniff, one of the players who recently received their Absolute Poker refund, with Conniff holding a significant chip lead. Still, despite the chip disadvantage and disparity in tournament experience, things went Gotlieb’s way during the match, especially when his pocket sevens held up against Big Slick for 95 percent of the chips in play.

“I wanted to give it a shot at going pro,” the small business owner told WSOP officials after the win. “This was it. This was my shot at that. Whenever I played games, I was always good at them, and when I wasn’t, I found a way to win anyway.”

Another first-time WSOP Circuit winner was crowned in Event #12, $3,250 High Roller, a tournament that drew 133 runners to create a $399,000 prize pool. Anton Wigg, 30, traveled from Stockholm, Sweden, to play the event, and he emerged victorious to win $111,719, a gold ring, and a Florida vacation to remember.

The 2017/2018 WSOP Circuit season continues now through Oct. 9 at Horseshoe Southern Indiana. Then, from Oct. 12-23, the Circuit will head to Horseshoe Hammond in the Chicagoland area.