PokerStars continued efforts to become a complete iGaming platform and moved another step forward towards that goal thanks to a new partnership with Microgaming at the beginning of February. 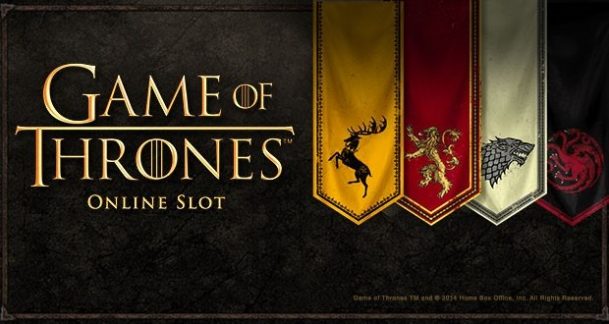 PokerStars and Microgaming strike a new deal that will see slots like Game of Thrones added to the Pokerstars site in the coming months. (Image: game-of-thrones-slot.com)

Microgaming has been one of the leading online casino software suppliers for more than two decades.

After launching one of the first true online casino platforms in 1994, the company began to focus on creating games and services that could be used by operators across the industry.

As well as offering more than 600 casino games, Microgaming also runs the MPN poker network which is home to more than 70 sites, including: Betway, BetVictor and PKR. Although the new contract between Microgaming and PokerStars won’t include any poker provisions, it will see the latter incorporate some of the former’s most lucrative slots.

Through Microgaming’s Quickfire platform, PokerStars Casino will soon offer major slot titles such as Jurassic Park, Immortal Romance and Game of Thrones across its desktop and mobile platforms.

In addition to an increased selection of games, players will also get access to some of the leading progressive jackpot networks where more than 45,000 people play each day.

Aside from adding more games to its rapidly growing casino, PokerStars’ latest deal is another move away from its previous position as a poker-only platform.

Although PokerStars was gradually adding more games to its site before Amaya took charge in 2014, the $4.9 billion deal has accelerated the process.

In the years since Amaya became the parent company of PokerStars, it’s ushered in a number of major changes. On top of a casino suite, PokerStars players can now bet on sports, live dealer games and video poker.

The addition of new betting options have not only attracted more non-poker players to the site, it’s also reshaped the style of poker games PokerStars offers. In a bid to cater to casual players and casino fans, games such as Beat the Clock and Spin & Go tournaments are now popular on the site.

Some believe this movement away from traditional online poker offerings and towards variants that encourage players to gamble has watered down PokerStars’ product. However, with rival operators like Betfair, Paddy Power, Ladbrokes and Coral all merging in 2016, it’s no longer viable for a site to offer poker only.

Regardless of individual sentiments towards the new direction PokerStars is taking, the site is still the largest player in the market. Even before its new suite of Microgaming casino games goes live, PokerStars’ daily traffic average is more than four times larger than its closest rival, the IDN Poker Network.

With more than 100,000 active players anteing up on PokerStars at any one time, it’s possible this new deal will be just as beneficial for Microgaming as it is the Amaya owned platform.