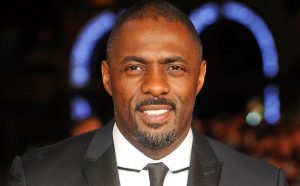 Announced back in 2015, Molly’s Game will be the directorial debut for Sorkin and so far he’s bringing in an all-star cast to ensure the movie doesn’t go the same way as cinematic poker flops like Lucky You.

Ever since the rights for Molly’s Game: From Hollywood’s Elite to Wall Street’s Billionaire Boys Club, My High-Stakes Adventure in the World of Underground Poker went up for sale, Sorkin was one of the top names for the job.

After proving his aptitude for telling a story with the Social Network (the story of Facebook), Sorkin was given the go-ahead to transform Bloom’s tales of Ben Affleck, Matt Damon and Ed Norton playing poker in some of the richest home games in America.

First on Sorkin’s list of leading actors was Jessica Chastain who will take on the role of Bloom. Following that announcement back in February 2016, Sorkin has now given the co-starring role to English actor and star of HBO’s The Wire, Idris Elba.

Elba, who is noted for his roles on TV and in movies (and was linked with the role of James Bond), will play Bloom’s criminal defense lawyer.

Molly Bloom found herself in hot water after details of her celebrity poker games reached the FBI. Because the games were operating with a rake and without a gaming license, Bloom was arrested and eventually put on trial.

Tales of Ponzi schemes and the mafia due were also linked to the games courtesy of a former player and, despite being found innocent of working with a criminal gang, Bloom was charged with hosting illegal poker games in 2013.

This brush with the law meant Bloom spent a number of years working with her legal team and that’s why Elba will have a significant role in the movie.

In fact, according to Sorkin, Bloom’s lawyer got extremely close to her during the trial and found out that there is more to her that the “poker princess” moniker she’d be given by the tabloid press.

With Sorkin needing an imposing figure to play Bloom’s lawyer, he made Elba his main target.

“The casting of Jessica and Idris in the two lead roles is any filmmaker’s dream come true. They’re two of the greatest actors of their generation, paired for the first time, and their chemistry will be electric,” Sorkin said in a statement.

Of course, casting a string of stars to play poker roles doesn’t guarantee the success of a movie as anyone who has watched Eric Bana and Drew Barrymore in Lucky You will attest to, but Sorkin could be onto something with Elba.

The Englishman doesn’t usually take on roles without some substance, which could be a good sign for anyone looking forward to the next poker-themed movie.

With Idris Elba in this movie I have a feeling that it’s actually going to be good. Idris is a phenomenal actor. Luther is the best show on TV and one of the best shows ever. I’m really excited that he’s going to be in this.