It was a mixed bag for US online poker in 2016, but there were some bright spots among the dark shadows.

Despite California, New York, Michigan, and Pennsylvania all considering legislation, no new states legalized online poker this year. However, there was a silver lining in that online poker thrived in New Jersey, Nevada, and Delaware, the three states in which it was already legal and regulated. 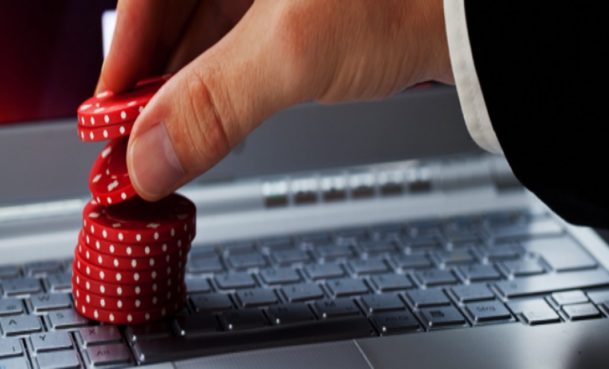 There was good and not-so-good news for US online poker in 2016, but overall, things started to look up. (Image: HackRead)

Things got off to a good start in New Jersey when PokerStars re-entered the United States in March for the first time since poker’s Black Friday in April 2011. The world’s largest online poker site immediately became the market leader in the Garden State, which didn’t come as much of a surprise to anyone.

What was shocking was that it didn’t really affect the competition. In fact, in the first quarter of the year, the New Jersey Division of Gaming Enforcement (DGE) reported PokerStars held 39.5 percent of the market share, while WSOP/888poker and Borgata/partypoker held 30.6 percent and 29.9 pecent, respectively. All three proceeded to perform well.

Eventually, WSOP/888poker managed to reclaim the lead in New Jersey’s online poker race, thanks largely to the World Series of Poker (it was the only site in the state qualifying players for events in Las Vegas) and solid promotions.

Because of month-to-month fluctuations, it was an up-and-down year for online gaming revenue overall in New Jersey. The good news is that it was up considerably from 2015 and continues to grow.

WSOP.com Pulls Its Weight in Nevada

While online poker in New Jersey experienced a summer slump, it was much different in Nevada during the World Series of Poker. In fact, WSOP.com, which has little to no competition (South Point’s Real Gaming is the only other operator), reported a 9 percent increase year-over-year. Since there are only two operators in the market, revenue totals are no longer publicly posted (the Nevada Gaming Commission only orders them at three operators), so exact figures aren’t known.

While WSOP.com held down the fort in Nevada, the state’s governor, Brian Sandoval, moved to sign an interstate compact with New Jersey. He even said he was willing to sign an agreement immediately if New Jersey stepped up, a sentiment shared by Nevada Gaming Control Board chairman A.G. Burnett.

Unfortunately, such a deal doesn’t appear anywhere in sight, with New Jersey politics cited as the likely culprit standing in the way of a compact.

Delaware Trends Up, Despite Hurdles

As for Delaware, which has three online poker licensees in racinos Dover Downs, Harrington, and Delaware Park, tax burdens and lack of players continue to be issues, despite its 2015 interstate compact with Nevada. Back in March, the Delaware Lottery reported total online poker revenues for the state at $37,324, which may not seem impressive until you realize it was a 32 percent increase over February.

Numbers continued to climb over the next two months, and in May, the three racinos generated $282,111 in total online gambling revenue, which was more than double the $133,697 from one year before. However, most of that revenue came from the video lottery.

The online poker situation in Delaware is complicated, as law dictates that until revenue surpasses $3.75 million, the state is the only one to profit. That means the racinos have little-to-no incentive to promote poker.

Hopefully, a solid 2016 will inspire the state to reexamine its dated tax rate (remember, it was passed before Nevada and New Jersey entered the mix).

Hopes are high that online poker revenue will continue to climb in all three states, but especially in New Jersey, as PokerStars ramps up its marketing efforts both live and online. In addition, all of these states could benefit if others pass online poker legislation. Pennsylvania could very well do that in the year to come.