Hossein Ensan, three months removed from being crowned world champion, is back at another WSOP final table. The Main Event winner is one of six remaining players in the WSOP Europe €25,500 Platinum High Roller. He will enter Tuesday’s final session at King’s Casino in Rozvadov second in chips behind Kahle Burns. 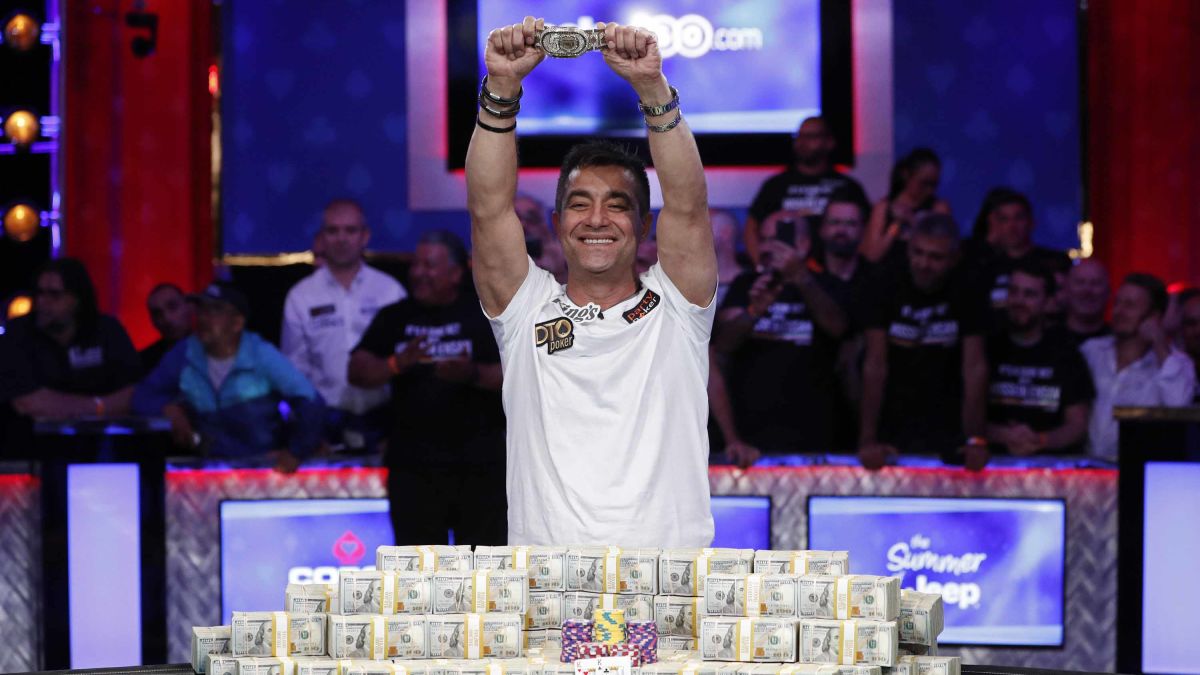 2019 WSOP Player of the Year contender, Robert Campbell, missed the final table, but cashed in this event, finishing eighth for €59,189. With that performance, he retook the lead in the POY battle, putting him just ahead of defending champion, Shaun Deeb.

Hossein Ensan won $10 million for shipping the 2019 WSOP Main Event in Las Vegas this past summer. He now has an opportunity to show the poker world that he isn’t just a one-trick pony.

The reigning world champion bagged the second largest stack – 22 million – on Monday with just six players left. Only Kahle Burns – 33,650,000 – will have a bigger stack at the final table on Tuesday.

The final table is stacked with some top-notch poker pros. Timothy Adams, Alex Foxen, and Sam Trickett are all chasing the bracelet, and the €596,883 that comes with it.

The final table is putting the “World” in WSOP with a truly international final table. Each of the six competitors hails from a different country. Foxen, the 2018 GPI Player of the Year, will represent the United States.

You can catch the final table on live-stream beginning at 9 am on Tuesday morning on PokerGo.

Did We Jinx Phil Ivey?

Yesterday, CardsChat produced a positive story about Phil Ivey. We told you he was on a heater, and had bagged the Day 1 chip lead in the €25,500 Platinum High Roller. It appears, however, that our “Phil Ivey is back” claim may have been a bit early.

Ivey ended up busting in 15th place, two spots off the money. He then entered the €25,500 Mixed Game Championship on Monday and busted early, before registration even closed. So, if we jinxed you, Phil, we’d like to apologize. Our bad.