Holiday Poker, Live and Online: What’s Out There? 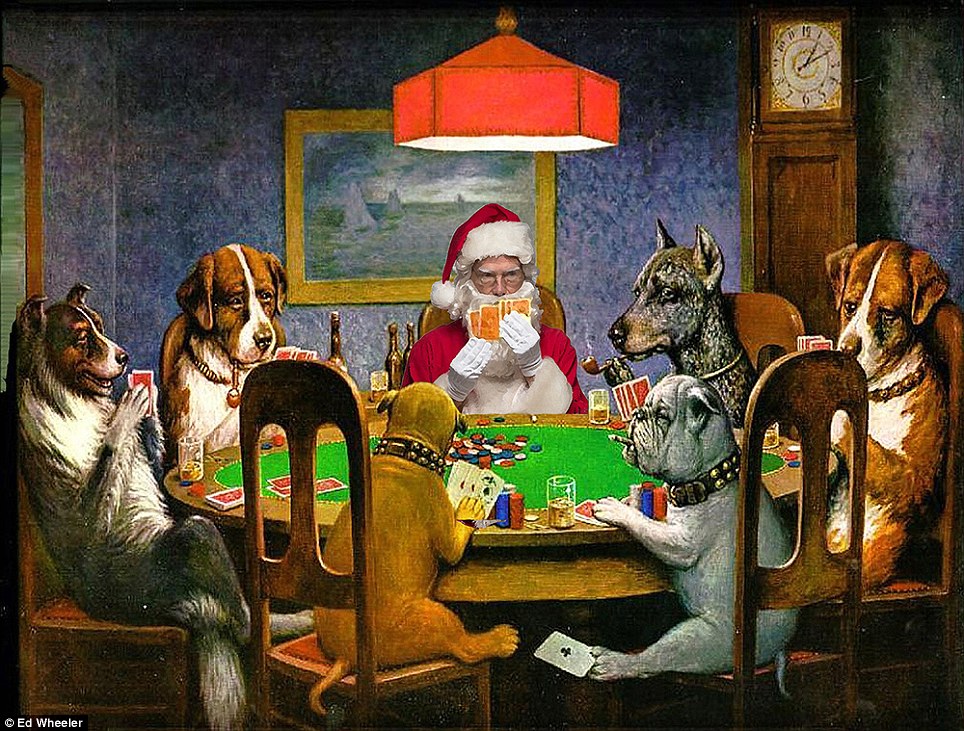 The holidays are a time for family, friends, and, um, poker, apparently, as operators roll out the promos to keep their December liquidity healthy. (Image: Ed Wheeler)

Holiday poker, anyone? OK, we know it’s only Thanksgiving, but with the festive season almost upon us, we decided to take a look at what poker players can expect from the holidays this year. For example, can you even attend a live poker tournament on Christmas Day itself?

Well, yes. Yes, you can. In fact, there are loads of options. In fact, there’s a smorgasbord of offerings for those of you who want to forget about friends and family and the true meaning of Christmas and all that stuff this year.

If you’re in Las Vegas, you could head down to almost any casino for some poker on Christmas Day. The most expensive tournament we found is a $200 No Limit Hold’em Rebuy affair at the Venetian. We also like the sound of the $180 + 20 No Limit Hold’em event at the Wynn, and at both properties, you’ll be in an upscale environment with plenty of shops, so when you win, you can pay cash for those gifts you, ahem, forgot to buy.

The Wynn event comes with a $10,000 guarantee, which sounds like good value, after all.

If you want to slum it a bit more, you can head down to Sam’s Town for a $23 Limit/No Limit Hold’em tournament, where, we imagine, you will meet a slightly different clientele than at the Strip chi-chi properties.

In fact, from Gothenburg, to Dublin, to Melbourne there are hundreds of events taking place, which kinda makes you wonder what the world’s coming to.

A lot of online sites are running special Christmas promotions, of course, but it seems like they’re bigger this year, with more goodies on offer than ever before.

For instance, PokerStars’ $10 Million Christmas Festival is already up and running (although not in the US, of course. Maybe next year…) with special tournaments every day until December 27. Three events run daily across three buy-in levels, but get this: win two on the same day and you’ll also win a $1,000,000 jackpot.

888poker, meanwhile, is showering its players with freerolls that offer the chance to win iPhones and PlayStations and other prizes, as well as cash, which means it’s at least possible to get all your holiday gift shopping done by playing freerolls this year, although unlikely.

All you have to do to earn tickets to these freerolls is play a bit of cash game poker, which as our friends at Poker Industry Pro (PIP) pointed out recently, suggests that all this Christmas cheer from operators is merely an attempt to bump up their figures before the end of the year. Well-played.

Bumping Up the Figures

Traditionally, online poker seasonal trends dictate that the period from fall to the New Year should be the busiest for operators, but so far this year, it’s been somewhat disappointing. According to PIP, traffic in the dot-com market has been flat over the last month and just 5 percent higher than across the last 90 days.

All this will only last till the end of December, so exploit it while you can.

Whatever you decide to play, good luck and we hope the deck hits you in the face.