Jeff Gross, a popular Twitch streamer and high-stakes pro, has joined Team CardsChat as an ambassador. 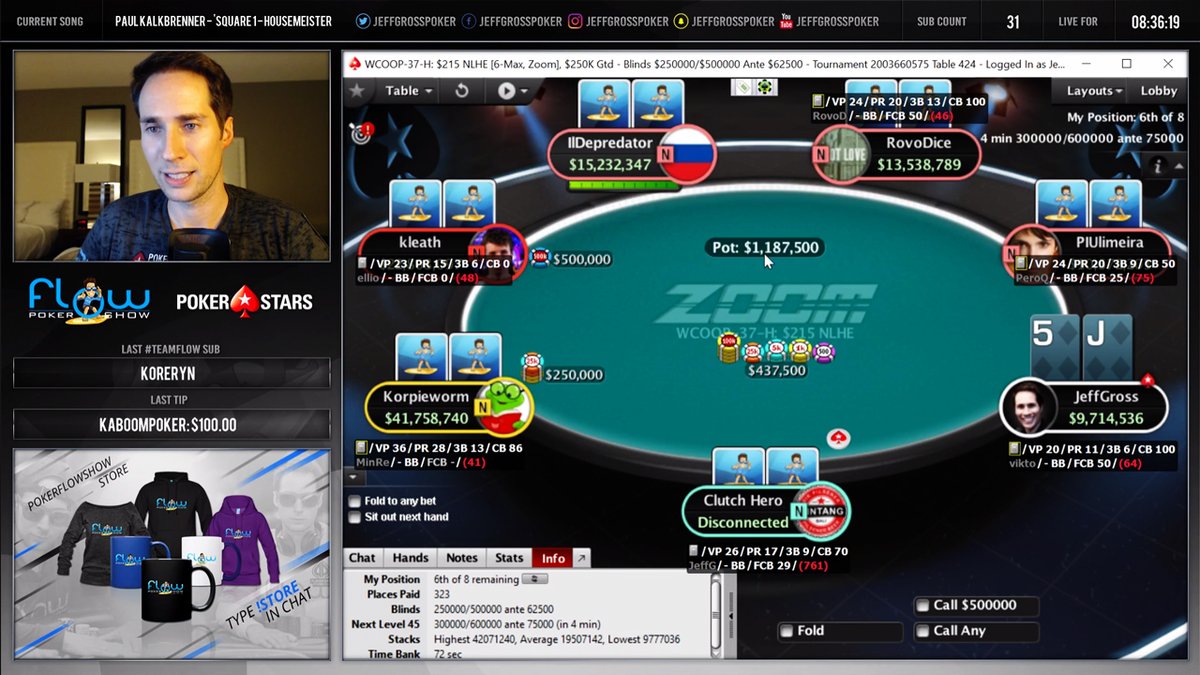 CardsChat is proud to announce the signing of Jeff Gross as its newest ambassador. (Image: Twitter)

With experience and success in high-stakes tournaments, cash games, and online, Gross brings a wealth of poker knowledge to the CardsChat community. He has $3.2 million in career live tournament earnings, good for the third all-time among players from Michigan.

Gross first made a name for himself appearing on the televised Partypoker Premier League. In 2017, he became a member of Team PokerStars, where he is still a Team Pro. But Gross is probably best known in poker from his highly acclaimed Twitch stream. His “Poker Flow Show” attracts thousands of viewers live, and has given him a following of more than 54,000 people.

If anything, Gross is known for his jovial friendliness, a characteristic that CardsChat found appealing and in line with the positive vibes forum moderators try to foster.

In a recent Ask Me Anything (AMA) thread on the CardsChat forum, he answered both strategy and life questions from CardsChat members who seemed quite ecstatic to have him on board.

“We are very excited to be working with Jeff and to have him engaging with our members in the forum,” CardsChat Forum Admin Debi O’Neill said. “We are thrilled to have a player of his calibre available to assist them.”

Gross will assist CardsChat forum members with improving their games by participating in various forum threads.

Both pros are known for their positive outlooks and friendly table demeanors. People who watch Gross’s livestreams have probably noticed he remains positive and upbeat at all times. If he takes a sick beat, he doesn’t throw his laptop through the window. And you won’t hear him berate other players. That isn’t his style, and presumably has something to do with why he’s well respected and appreciated online.

Gross has proven talents as a tournament, cash game, and online poker player. In live tournaments, he has $3.2 million in winnings, with his biggest score ($414,770) coming in a 2013 Seminole Hard Rock Poker Open High Roller (third place). He cashed five times at the WSOP this past summer.

Jeff plays in many high-stakes cash games against some of the top players in the world. That is, of course, when he isn’t busy streaming his online poker sessions on Twitch.

During the recent WCOOP series, like many PokerStars pros, he streamed daily and had quite a successful series. In Event #40, $530 No-Limit Hold’em, he finished in second place out of 786 players for $131,000.

His ability to engage with the audience and pick up some big scores makes him one of Twitch’s favorite poker livestreamers.

Good news for the forum participants, I think it will be interesting to hear the opinion of a professional on many issues, thank you CardsChat !

Pretty good choice as an ambassador. Love to watch his streams. I hope He will get more viewers now and people will take a lot of value from his game. Good job CC.