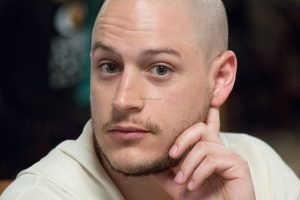 Marafioti, who is known to many by his online moniker ADZ124, has always been something of a divisive figure in the poker community.

During his days playing the highest stakes cash games online, Marafioti would never be short of a comment or two when things didn’t go his way.

Using his razor sharp tongue, he would often type barbed comments in the chat box, much to the delight or some and distaste of others.

However, regardless of his personality at the table, he was one of the biggest winners back in the day and often commanded the respect of his peers when he sat down.

Unfortunately, the Canadian pro has struggled with mental health issues over the last few years and following a recent trip to Las Vegas his family and friends are now worried about his safety.

According to a recent series of tweets by Dorfman, Marafioti travelled to Vegas in June but no one has heard from him since.

“If anyone has seen Matt Marafioti please contact me. Has not been heard from since June & family is extremely worried. Plz rtwt,” tweeted Dorfman.

A look at Marafioti’s Twitter account suggests he played in a handful of WSOP events before things got a little too much for him.

“I decided to take a break from MTTs b/c players who dislike/don’t know me are petitioning to have me locked in a mental home/tortured/killed,” wrote Marafioti on June 12.

Clearly frustrated with the attitude of some players at the Series, the poker pro said he was going to “grind online” but may return for the Main Event.

In addition to signaling his contempt for some members of the community, Marafioti did reference the illuminati in one of his June 12 tweets.

Seemingly suggesting that there was some sort of plot against him, many are now questioning his current mental state.

Any Information Could Help

While Dorfman isn’t interested in Marafioti’s mental state, he is concerned that no one has heard from him since June 16. Moreover, he has also stated that Marafioti doesn’t have a credit card with him.

Despite some possible sightings and a series of retweets from other poker pros, it appears as though there is still no sign of the poker pro.

If anyone has seen Marafioti in person, playing on PokerStars or using his social media accounts, Dorfman has asked people to contact him via Twitter (@RandyDorfman) so his family can track him down and ensure he’s safe.

Is there any fresh news about the fate of Matt Marafioti?

It would be interesting to know

It would be interesting to know