High Stakes Online Poker Players Off to Good and Bad Starts in 2016: Cates Up, Blom Down, Ivey Undecided 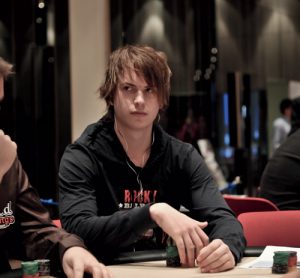 High stakes online poker is off to an exciting start in 2016. (Image: HighStakesDB.com)

For some high stakes online poker players, 2016 has started off with a bang. For others, they’d probably prefer a mulligan.

At the time of writing, a player using the screen name “Educa-p0ker” on PokerStars has earned $125,390 since the start of the new year. “TILTMENOT,” another PokerStars high stakes player, is the only other six-figure winner so far in 2016, having earned $108,778.

“SHARMOOTA,” playing on the same poker site, tops the list no one wants to make, starting off $118,140 in the hole. Second on that list is Viktor Blom, also known as “Isildur1”. Blom is down $115,592 through the new year’s first two weeks.

Blom certainly isn’t a newcomer to the “in the red” list.

He’s been on a roller coaster ride at the high stakes poker tables since 2007, having made headlines for winning and losing millions in numerous sessions.

In fact, he’s down more than $2 million in his young lifetime between PokerStars and Full Tilt Poker.

2015 was a brutal year for “Polarizing”. That’s the post-Black Friday screen name for arguably the game’s greatest player, Phil Ivey. It’s unknown how Ivey faired in live cash games last year, but it is known that he was online poker’s biggest loser.

Ivey dropped just a shade under $4 million online in 2015, worse than any other high-stakes poker player. Despite his rough year, along with a down year in 2014, Ivey remains one of the biggest online poker winner in history.

Ivey doesn’t have any results to report yet this year, but after two down years in a row online, he’ll be looking for some better luck in 2016, or to adapt his game. Since Black Friday, “Polarizing” is in the hole more than $6.3 million on Full Tilt Poker.

Known as one of the best heads-up hold’em specialists ever, if not the best, Dan Cates (known as “jungleman12” on Full Tilt Poker and “w00ki3z.” on PokerStars) continues to dominate the high-stakes online games.

With $57,405 in the pot after Cates was all-in on the flop, a club on the turn gave him the nut flush and the pot. Hands like this probably help lessen the blow of Jungleman’s $5 million loss in Manila cash games this past summer.

I can’t even imagine having six figure swings in two weeks. These guys are insane. It is impossible they are using wise bankroll management, or are they?

will you guys just finally admit that poker is mostly all about luck? Phil Ivey being down over $6 million over a long-term stretch of time should be proof to you folks that the thing that REALLY REALLY REALLY matters, when it comes to poker, is how LUCKY you happen to be over the entire course of your career.

What about the guys who keep making final tables of certain tournaments year after year, like the guy who made the FT of the PCA 3 times (forgot his name),are they just lucky? I believe luck is short term, but in the long run you def can be a winning player if you keep making the correct decisions. One reason bad players keep playing is because they do get lucky some of the time and win. I unfortunately don’t make the best decisions 100% of the time.