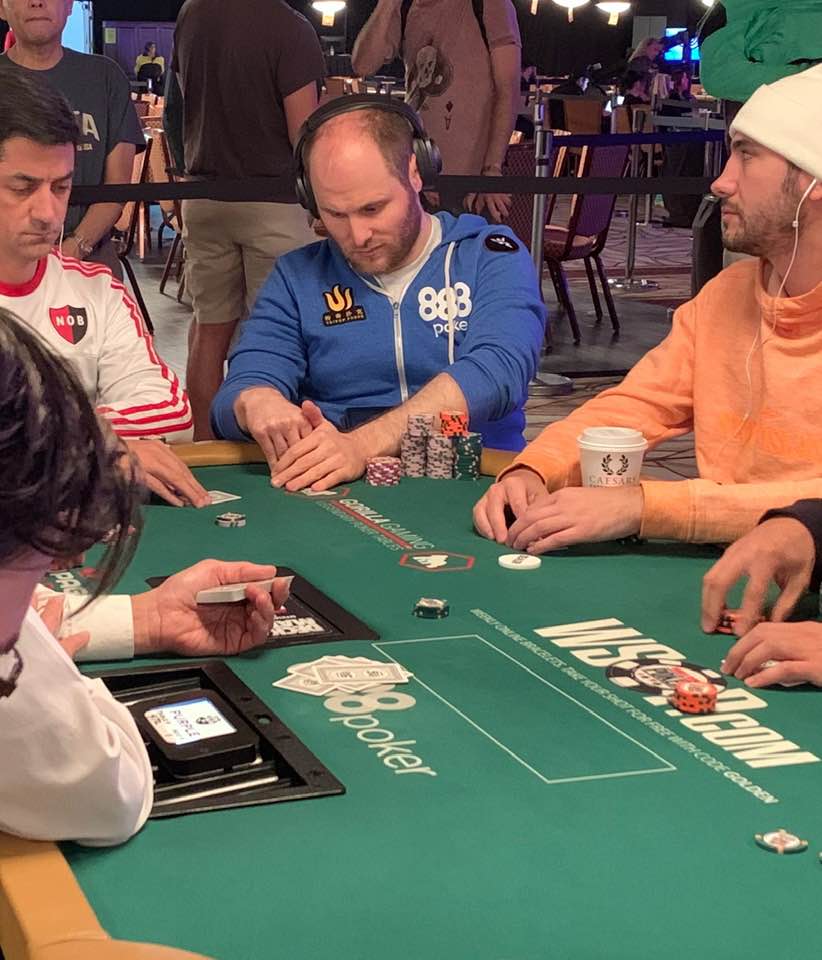 Sam Greenwood had a sick but memorable exit from the 2019 WSOP Main Event. (Image: CardsChat News)

Many high rollers ran deep in the Main Event, including 2018 GPI Player of the Year Alex Foxen, but they all can watch the remainder of the tournament on ESPN. Sam Greenwood is one of the skilled high-stakes pros who went on an impressive run. Unfortunately, for the Canadian, pocket aces aren’t always what they’re cracked out to be.

If there’s any consolation for Sam Greenwood, he won a bunch of money ($211,945) for 45th place. But the high-stakes great came up short of the ultimate prize – $10 million and being a world champion. Even worse, he lost in disgusting fashion.

Greenwood, who held a big stack most of Day Six, picked up pocket aces against another big stack, Timothy Su. He three-bet pre-flop and got a call from 10-9. The flop came Q-J-4 and Sam continued his aggression with the over-pair and was called by an open-ended straight draw.

When the second jack flipped over on the turn, the hand got crazy. Greenwood made a large bet and then Su shoved all-in. The Canadian made the call only to see the king on the river, giving Su a winning straight and Greenwood a trip to the payout line.

After Day Seven, we will officially be down to the final table. The pressure will be on these 35 remaining players on Friday as the pay jumps become massive. Every player left is guaranteed at least $261,430, certainly a nice payday. But making the final table is worth between $1 million and $10 million, which is life-changing money.

Another interesting story brewing was Daniel Hachem, the son of 2005 Main Event champion Joe Hachem, who was stacking chips and running all over the competition. He was attempting to become the first child of a past world champion to win the Main Event.