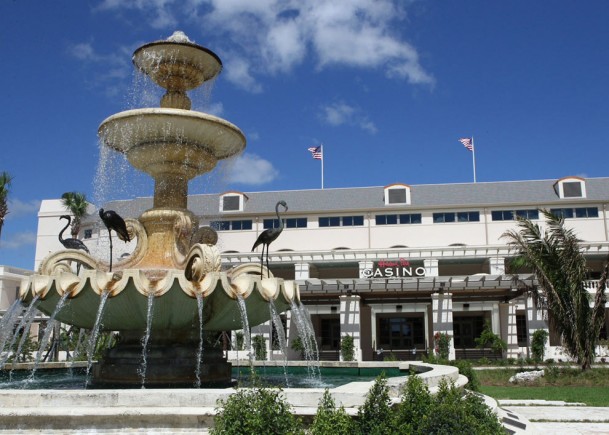 Hialeah Park Casino in Miami, Florida, which will receive a rather minimal $20,000 fine following a litany of violations relating to a previous poker tournament. (Image: hialeahparkcasino.com)

Hialeah Park Casino in Miami will pay a fine of just $20,000 after being found guilty by Florida regulators of 11 gaming violations in relation to the running of its two-year anniversary poker tournament in August.

For a casino with a poker room that raked in over $8 million last year, Hialeah Park would seem to have gotten off rather lightly for operating what the Florida Division of Pari-Mutuel Wagering described in its report as “a dirty tournament” that is likely to have under paid its players.

The investigation was prompted by accusations from the South Florida poker community, after players made their feelings known on the Two Plus Two forums that there was something not quite right about the tournament, which was the biggest the Miami poker room had ever held in its short history.

Alarm bells began ringing at the beginning of Day 2, when players realized that the prize pool figures did not match up with the number of chips in play, as posted on tournament clocks.

Players were also kept in the dark about the official number of entrants, as well as the amount of initial dealer add-ons or 8k Level 9 add-ons.

“Chatter began when some people were told by floor staff that the total number of entries was 1061, which didn’t match up with the $215k posted prize pool,” explained Florida player Bob Bernstein on the Two Plus Two forum site, soon after the event. “Later, the floor staff settled on 966 as the official figure,” he added.

“A payout structure sheet was also not provided, however the tournament staff stated that 8% of the field would be paid,” he continued. “But by officially paying out 90 places, that would mean that the field had 1125 entries.

The three-month investigation found a litany of infractions, including a lack of adequate video surveillance, entry slips that weren’t properly issued or recorded, instances of staff pocketing cash, and payouts occurring in a manager’s back office. The report said that it was still unclear whether every penny of the prize pool was paid to the players.

The investigation also failed to say just how many staff members were involved in the improprieties and whether they might be subject to criminal investigations.

The former poker room manager, Nelson Costa, resigned from his position in October, while three of his assistants have since been fired by the casino.

Must be a joke? Thats why all this crooks are everywhere. Should have been suspended for a year and fined 1 million dollars.

Pathetic slap on the wrist.