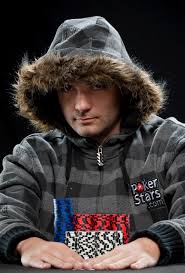 Henrique Pinho’s tenure as a sponsored Team PokerStars Pro has ended, according to a post made on Facebook. (Image: pokerstars.com)

While many around the world may not be intimately familiar with Henrique Pinho, the Portugese professional poker player has enjoyed sponsorship as a Team PokerStars Pro for the last five years. Announced via his Facebook page recently, Pinho broke the news that he is no longer affiliated with the world’s largest poker site as a sponsored player.

PokerStars, in an effort to globalize their brand, often finds a contingent of players from countries they operate in and sponsor them. This allows them to have highly identifiable players in each country to market as they hope to grow business. Pinho was one of two players that were a part of Team PokerStars Pro hailing from the country of Portugal. With Pinho’s exit, the lone member of the sponsored team from the country is Joao Nunes. After the news broke, Nunes posted, “I want to thank [Pinho] for all the amazing moments we spent together.”

Via Facebook, Pinho wished his former sponsor well, stating, “Good bye Team Pro! It was nice, but it’s over now!” and reflected, “It’s my last day as Team Pro on PokerStars. It has been a long ride, and it often made me feel like I was the king of the world. I had five incredible years, and I love almost everything I did.”

Reasons for the Split Unknown

It was not clear whether Pinho quit Team PokerStars or if PokerStars decided to cut the cord on a player that has seen modest success during his tenure as a sponsored pro. He left a comment on a picture he posted of a busted television stating “the only explanation was the budget reduction…” which might indicate that PokerStars is deemphasizing international pro sponsorships.

Pinho’s best results do not include a win, nor a second-place finish in any major online or live tournament. He does have a couple of modest second-place finishes to his name and made the biggest cash back at the 2011 EPT Main event when he finished in 20th place for $28,464 (USD). His biggest claims to fame include a third-place finish in 2010 in the Spring Championship of Online Poker (SCOOP) PLO event and a seventh-place finish at the EPT Berlin Main Event. He has no WSOP bracelets, no EPT wins, and no wins on the World Poker Tour. His combined total winnings, according to various poker databases, is around $150,000 (USD).

At this point, it is unlikely that Pinho, given his modest but notable success in professional poker, will pick up any further sponsorships. But the likeable pro stated a glimpse into what he might be planning when he said on his Facebook page, “…even more time to the game itself without the other distractions that had within the team… “.

Portugal has made headlines in 2014 in their attempts to legalize and regulate online gaming. Back in February 2014 the Troika, a group that spans the EU Commission, European Central Bank, and the International Monetary Fund, have been pushing for legislation. The tax revenues from online gaming are expected to be a vital part of Portugal’s ability to pay off funds received to alleviate the country’s financial crisis. Portugal has hosted many international poker events, including the PokerStars Portugal Poker Series, which was held at the Casino de Espinho, located in the second largest city in the country, Oporto.

Just making some room on the team for Long_Bong