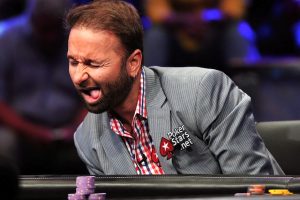 Daniel Negreanu tops the Hendon Mob database for most unique views in 2015 and all-time. (Image: Pokerstrategy.com)

Another thing the Hendon Mob database is good for is to find out exactly which poker players are the most popular.

Based on number of “hits” (clicks on a certain player on the Hendon Mob website), the poker database has available a list of most popular players in 2015.

Some of the list probably won’t come as much of a surprise to most poker fans. The player that received the most hits is Daniel Negreanu.

KidPoker has long been one of the game’s most entertaining players, but 2015 was a special year for him.

Negreanu finished 11th in the World Series of Poker Main Event, falling just short of the November Nine. Recently, he made a deep run in the WPT Aplha8 super high roller event.

The man that has won more in live tournaments throughout his career than anyone in poker history continues to be one of the game’s brightest stars, and likely will for many years to come.

Negreanu’s 102,490 unique hits on the Hendon Mob database topped the charts by a wide margin. But there were four other players that were also viewed quite often.

In second place, Phil Ivey, arguably the best poker player in the world, was viewed 77,886 times. This is a good list to be on, as opposed to our recent story about Ivey closing out 2015 as the biggest loser in online poker.

Daniel Colman came in third with 64,663 unique views. Colman may be a tad surprise to some, but he did have a monster year, including a third place finish at the High Roller for ONE DROP at the WSOP, a year after winning the $1 million buy-in ONE DROP event.

Up next, 23-year old Ole Schemion, a high-stakes pro, was viewed 49,679 times on Hendon Mob. The German had a great run in live tournaments throughout 2015.

Fifth on the list is Phil Hellmuth. This isn’t much of a surprise to anyone considering the Poker Brat has been one of the most polarizing figures in poker for the past 25 years.

Since the beginning of 2008, Hendon Mob has kept track of unique views for each player. No surprise, Daniel Negreanu is also tops on the all-time list.

Third on the all-time list is Phil Hellmuth, but he’s well behind the top two players with 287,004 views.

Bertrand Grospellier and Sam Trickett round out the top five.