Phil Hellmuth can put the cherry on top of his poker resume on Thursday, with the Legends of Poker main event final table presenting his best chance yet at winning an elusive WPT title. The man with 14 WSOP bracelets but zero WPT wins is third in chips with six players remaining. But standing in his way of winning the WPT Legends is an actual WPT legend, JC Tran. 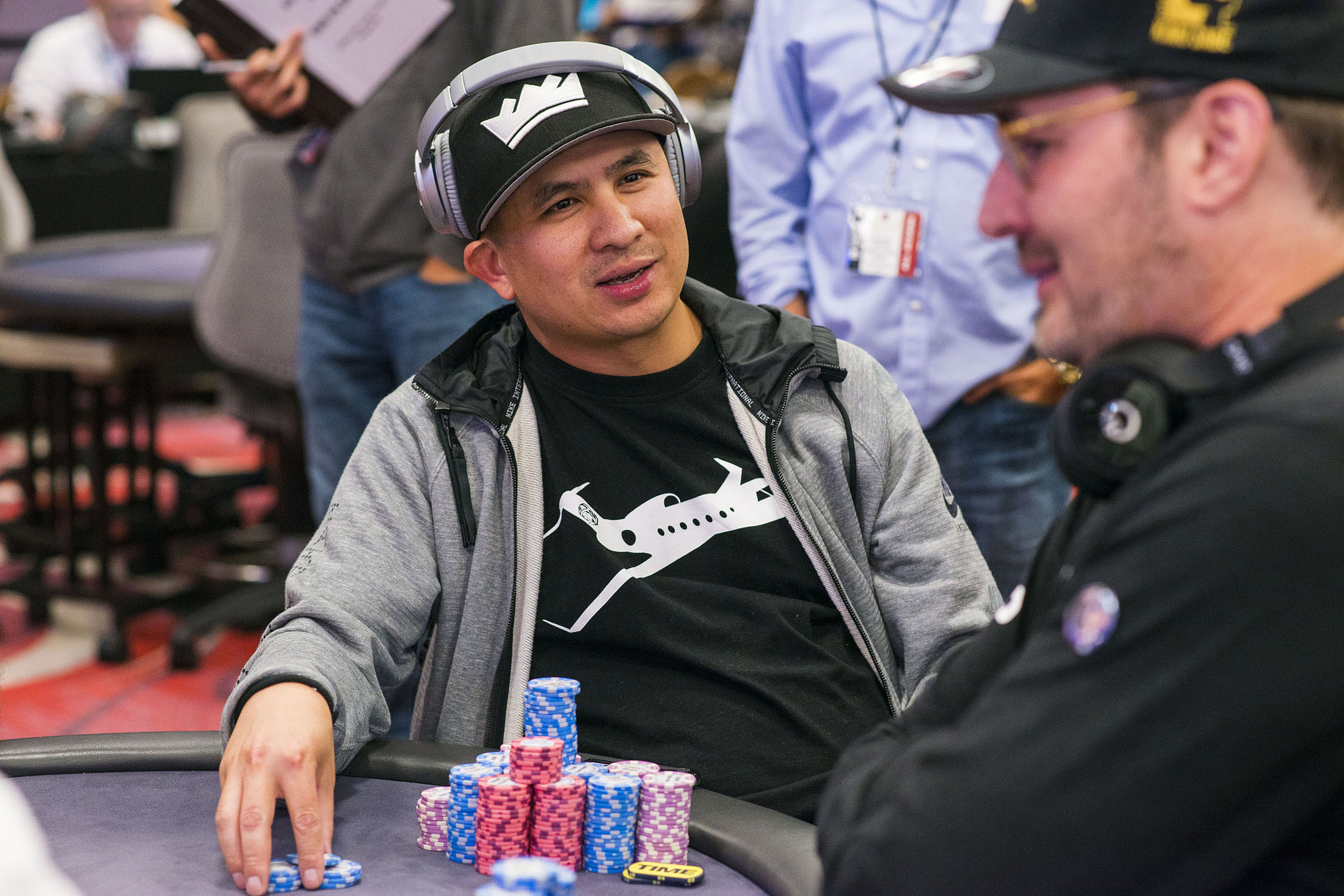 Tran took to Twitter in the wee hours to taunt his most venerable final table opponent, tweeting a picture of the two together toward the end of play on Wednesday, with Tran sizing up Hellmuth, who’s staring forward, arms crossed, with a smirk.

“Me looking at Phil Helmuth and thinking to myself I’m getting my 3rd WPT title before you are going to get your first,” he wrote. “Haha.”

You can watch the six-player final table live on a 30-minute delay Thursday starting at 4:30 pm PT on the PokerGO paid-subscription app. Or, you can just wait until next year and catch the edited version on Fox Sports.

Hellmuth, 53, has done just about everything in poker, from winning a record 14 WSOP bracelets to a 2005 NBC National Heads-Up Championship title. And he’s won more than $21 million lifetime in tournaments. But he’s never won a World Poker Tour event.

Prior to this week, he hadn’t even cashed in a WPT event since 2010, and hasn’t really been a regular on the tour much since then.

Despite intense criticism and occasional mockery from younger pros, Hellmuth continues to compete, and win, at a high level. Last week, he took down the four-player Poker Night in America “King of the Hill” heads-up competition, defeating two of the so-called best heads-up players in the world, Dan “Jungleman” Cates and Doug Polk, en route to victory.

Winning his first WPT title on Thursday couldn’t come at a better time, as Hellmuth recently began ingratiating himself with the tour.

Not only does the 1989 WSOP Main Event champion have a new book to sell, but also the author of the autobiographical “Poker Brat” just took over as Tony Dunst’s replacement on the popular WPT segment, “Raw Deal.”

Hellmuth’s path to a first-career WPT title won’t be easy. In addition to Tran, Marvin Rettenmaier also has been there, done that … twice.

Rettenmaier, who holds the honor of sending the winner of the WPT’s billionth prize dollar to the rail, is the table’s shortest stack. But like Tran, if he can pull out a victory, he’d become only the sixth person to win three events on the WPT’s Main Tour.

(The other members of the exclusive club are Gus Hansen, Chino Rheem, Carlos Mortensen, Anthony Zinno, and Darren Elias.)

Tran extended his chip lead on the final hand of the day Wednesday, concluding a grueling nearly 12-hour session when he cracked David “Doc” Sands’ pocket kings by hitting quads. A sick way to bubble the television final table.

Thursday’s winner will receive $668,692 and, if he isn’t already a member, entrance into one of poker’s most exclusive clubs: the WPT Champions Club.

Just yesterday I was asking myself “Why keep a subscription to pokerGO??” (I watched all of around 5mins. of PAD series on there). Now today I see this article and before I see it’s live streaming on pokerGO I was wondering “Wow… where could a person see this final table online?” pokerGO, lol