Phil Hellmuth and Tom Dwan certainly made their presence felt on the reboot season of High Stakes Poker on the PokerGO app. The “Poker Brat” behaved exactly as you’d expect after taking a bad beat while “Durrrr” made a costly, loose call in the biggest pot of the session. 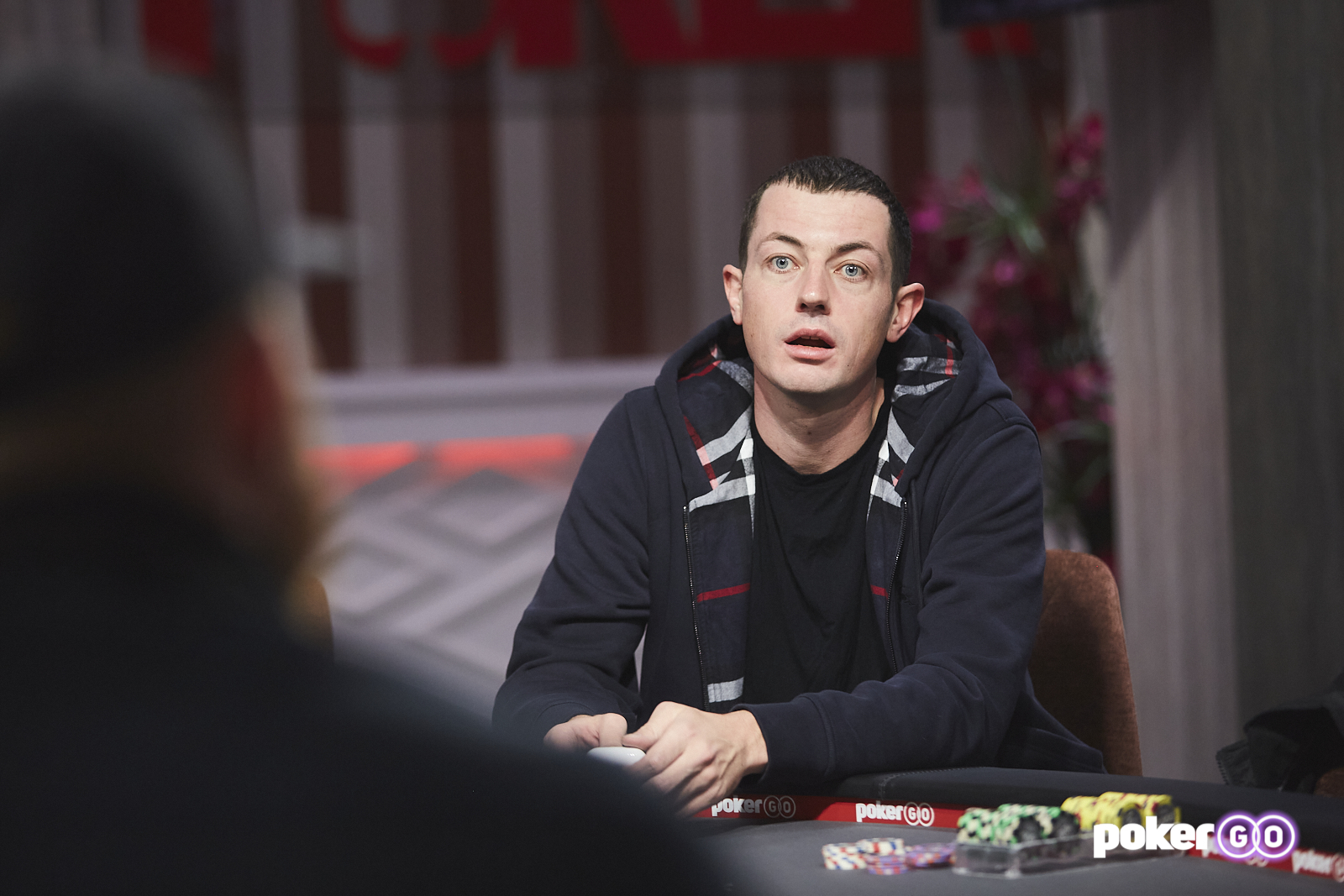 Tom Dwan made a bad call and it cost him thousands of dollars. (Image: Poker Central)

Last week on the show, Hellmuth was calm, mostly because he didn’t run into any bad beats and avoided big pots. This week was a different story. The newest episode of High Stakes Poker was released on Wednesday on PokerGO. You can catch the 45-minute show on-demand any time you want, so long as you have a paid subscription to the app.

Episode 10 may have been the best of the new season, which launched in December. It’s the first time new episodes have aired since 2011, back when the show aired on the Game Show Network. Phil Ivey, Dwan, and Hellmuth highlighted the star-studded cast. Billionaire investor Chamath Palihapitiya, Brandon Adams, James Bord, Lazaro Hernandez, and Jake Daniels were also in the game.

You had to figure there was no way Hellmuth would make it through two episodes without having an episode of his own. Ivey (7♦ 4♦), Bord (A♠ 9♠), and Daniels (pocket deuces) all limped in for $800 each before the 15-time WSOP champion, holding pocket jacks, bumped it up to $4,800. Everyone called to see a rainbow flop of K-10-K.

Action checked over to Hellmuth, who had no interest in seeking value from a hand such as A-10, or in finding out if anyone had a king, so he checked it over to Bord, who fired out a $7,000 bet on a bluff, forcing Daniels and Ivey off the hand. Hellmuth made the call.

The turn was an ace, giving Bord the best hand. After Hellmuth checked, Bord bet again, this time for $12,000. Hellmuth again put chips in the pot. Both players checked the river (6♠), and Bord showed his top pair to ship the $58,400 pot.

He continued complaining about the hand for the next few hands before making a contradictory statement.

“Ten years ago you might have tilted me, but now I see it more for what it is,” an ironically tilted Hellmuth said 10 minutes after losing the pot.

He also didn’t mention that his check on the flop allowed Bord to take control of the hand. Had he bet, Bord likely would have folded and Hellmuth never would have lost the pot, but we digress.

Later in the session, another interesting hand took place, this one between Palihapitiya and Dwan. The billionaire straddled ($1,600) and woke up with pocket nines. “Durrrr” opened under-the-gun with a typical Dwan monster hand (7-5 off-suit) to $5,000. Hellmuth made his usual tight laydown with pocket 6’s because, well, who knows?

Chamath then three-bet his middling pocket pair to $17,000, and Dwan made the call in position. The flop came out 5-10-9, and Palihapitiya continued betting ($20,000) with middle set. Dwan made the call with bottom pair, nearly drawing dead.

The turn gave the businessman quads, so he slowed down and both players checked it to the river, which was a costly 7, giving Dwan a slightly better hand than he had before. Palihapitiya bet out $85,000, just over the size of the pot. “Durrrr” went into the tank, trying to figure out if the rich guy was just bluffing with a missed draw.

After tanking for a minute, he begrudgingly made the call.

“Quads,” Palihapitiya quickly said before turning over his cards.

“That’ll do it,” Dwan said as he mucked his hand.

You can catch the entire episode on the PokerGO app, and a new High Stakes Poker episode each Wednesday.