The fifth day of the 2017 World Series of Poker saw no bracelets awarded, but did see plenty of action as big-name pros began leaving their mark on this year’s WSOP. 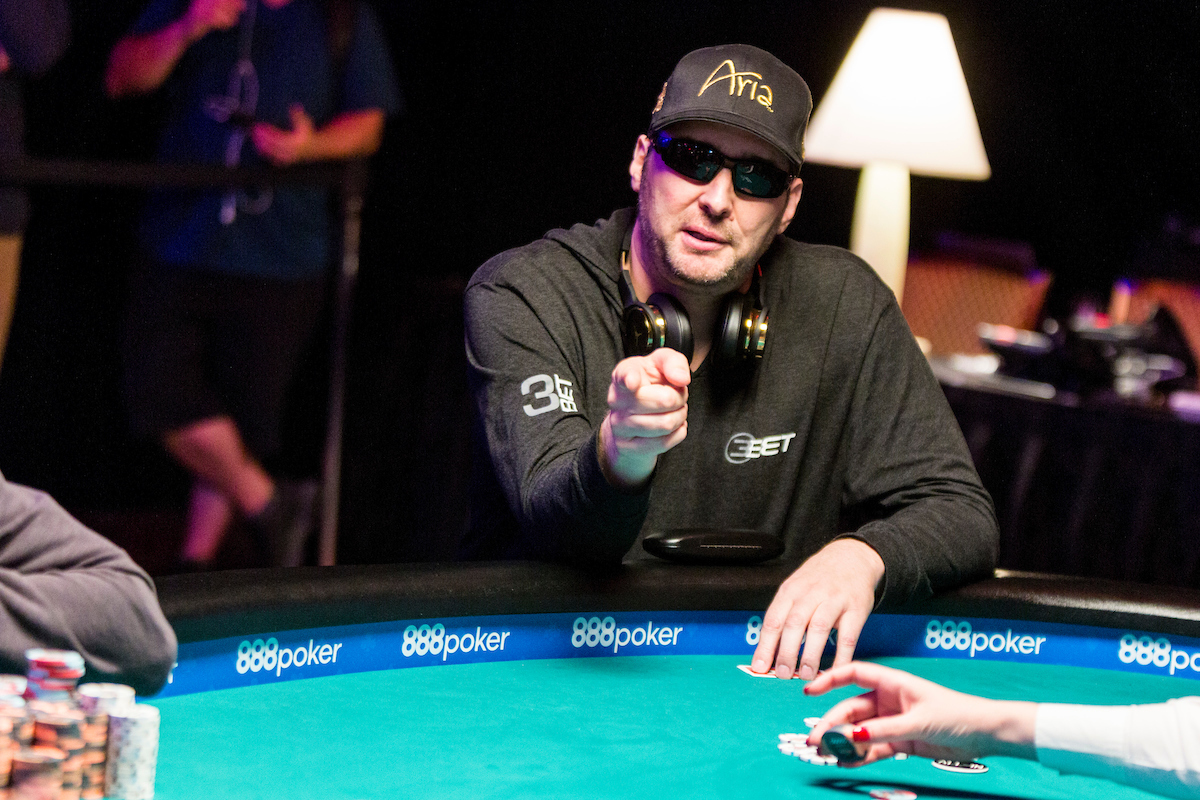 Phil Hellmuth wants you … to ignore the fact that he just missed making the final table of High Roller for One Drop tournament, where someone who isn’t him will win more than $3.6 million. (Image: Melissa Haereti / pokerphotoarchive.com)

Without a doubt, Sunday’s biggest story was the $111,111 One Drop High Roller reaching the final table.

Day 3 of the largest WSOP buy-in event of the summer saw the final 23 players of a 130-entry field return to action. With only 20 spots getting paid, Moritz Dietrich, Phil Galfond, and bubble boy Dan Shak were the three players to leave empty handed.

Hellmuth’s demise came at a five-handed table after Dario Sammartino opened for 360,000 under the gun and the “Poker Brat” three-bet all in for 785,000 one spot over. 2014 WSOP Main Event champ Martin Jacobson then four-bet min-raised to 1.21 million from the button, which cleared out the blinds and Sammartino.

Bertrand “ElkY” Grospellier began the day as chip leader, and he never relinquished it bagging 16,825 million at the end of the night, nearly twice as much as his next closest competitor. Others still in contention for the bracelet are 2016 Super High Roller Bowl victor Rainer Kempe and online pro Doug Polk.

The third largest live poker tournament in history was smaller than expected, with a disappointing drop in field size for the third running of this tournament designed for the poker everyman with a job to get to on Monday.

After six starting flights held over the weekend, registration for the WSOP’s Colossus III closed after Sunday’s action got started. Sunday’s Flights E and F did draw the most entries, with 3,966 and 3,923, respectively. Saturday saw only 3,102 in Flight C and 2,324 in Flight D, while Flights A and B on Friday combined for 4,738 entries.

In the end, the total field swelled to 18,053 entries. That’s significantly smaller than the 21,613 and 22,374 in the Colossus II and original Colossus, respectively.

Joining Laplante representing Team CC is Seth Foster, who will carry 276,000 chips from Flight D into the combined field, with big hopes of scoring the tournament’s guaranteed million-dollar first prize.

Day 2 will begin at 2 pm PT on Monday with the plan of playing 10 levels.

Day 2 of WSOP Event #7: $2,500 Mixed Triple Draw Lowball, a tournament that originally began with 225 players, saw 57 return to action, and by the end of the night, play down to a final table of seven.

Players return at 2 pm PT on Monday to play down to a winner.

The only new event playing on Sunday was WSOP Event #9: $10,000 Omaha Hi-Lo 8 of Better Championship, which drew 155 runners. Among those to play and fall on Day 1 were Todd Brunson, Erik Seidel, and Jason Mercier.

Two new events will kick off on Monday. The first is Event #10: $1,000 Tag Team No-Limit Hold’em at 11 am PT, which will be the smaller buy-in version of the Tag Team Championship event won ceremoniously by Liv Boeree and Kurganov.

The other new WSOP tournament ready to get underway is Event #11: $1,500 Dealer’s Choice 6-Handed at 3 pm PT. This short-handed Dealer’s Choice event promises gives players the chance to call one of 20 games, including exotic poker variants such as Badeucy and Big O.