Reports of the Heartland Poker Tour’s demise may have been greatly exaggerated. The mid-priced live-action tour, which disappeared from public view shortly after the COVID-19 pandemic took hold but without any official goodbye, may return at a future date, a Penn Gaming executive says. 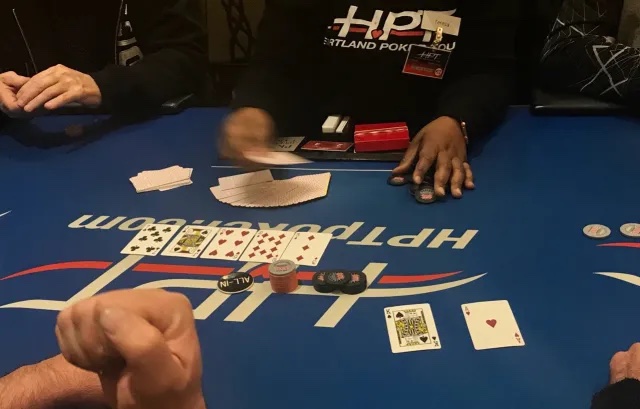 That’s the story told to Dan Ross of Hold’em Radio. Ross served as a longtime contractor to the HPT, and he spoke last week with a Penn official who had insight into the HPT’s future.

Domains associated with the Heartland Poker Tour have gone offline, including its official home page. Social media accounts have gone dormant, too, and key public employees appear to have moved on to other gigs. Even so, officials say the tour’s not dead yet.

“We had put everything on hold for now due to COVID, but we have not permanently discontinued [the HPT],” Penn Senior VP of Public Affairs Eric Schippers told Ross. “We are actively working on potential future plans. We do plan to resume it at some point in the future.”

While Shipper’s disclaimer may be accurate, it’s hard to fault any outside onlookers for believing the tour has become history. The tour’s online home at heartlandpokertour.com remains offline even today, with not even a “Returning Soon” blurb or similar for online visitors. Likewise, a glance at HPT accounts on Twitter and Facebook shows no signs of life since July 2020.

Further, the seeming disbanding of the HPT was supported by the news of its employees moving to other gigs.

Lead tournament director Jeremy Smith, who was for years the HPT’s most public face at events, moved on to the rival Mid-States Poker Tour in October 2020 after being terminated in September.

The same fate befell HPT marketing manager Korey Stewart, according to Ross, who claims the HPT made a complete sweep, terminating all its tour employees last fall with no indications that the tour would ever resume.

Rebuilding from the ground up

How energetic Penn National Gaming is in dusting off the HPT is an open question. Such an abrupt mothballing of the tour a year ago means that the tour will have to chase the market since rival tours have pressed forward with their own stops as pandemic restrictions have eased. Having no current staff is a major issue, too.

Even active poker tours have found difficulty staffing current events, as happened with the RunGood Poker Tour’s planned stop this month in Tunica, Mississippi, due to a lack of available dealers and floor staff at the planned hosting venue. That issue is magnified for a brand such as the HPT which has fallen into disuse and will have to be rebuilt almost entirely from scratch.

The HPT dates all the way back to 2005 and was once the dominant player in its mid-range niche, a position it cannot claim at the present time. Instead, the HPT will have to win back players who are eager to play and have flocked to alternate poker offerings.

Screw them. Fire everyone and no updates or responses on Social Media? I won’t play in any of their events.

players will come, they are eager to play after online bad beats and lack of being able to play. start working on it HPT. Was great for mid priced tourney entries