Outgoing Senator Harry Reid (D-Nevada) may or may not have accepted a $2 million bribe to push through an online poker bill, but in an attempted investigation into the matter, the FBI denies it is blocking any efforts to get to the truth. 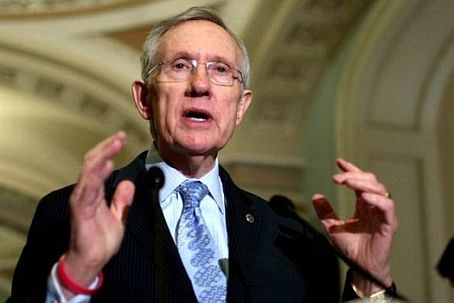 Utah’s Davis County Attorney Troy Rawlings has been told to forget about retiring Nevada Senator Harry Reid (pictured) and an alleged online poker bribe with which he may or not have been involved. (Image: washingtonpost.com)

According to a report by The Salt Lake Tribune, Utah’s Davis County Attorney Troy Rawlings is investigating a $2 million offshore payment made to a company with alleged possible links to Reid. But despite numerous attempts to shine a light on the situation, Rawlings has come up short of a definitive yes or no when it comes to a Reid connection.

Over the last few years, Reid has famously flip-flopped on the online poker issue. Despite being instrumental in the regulation of online poker in his home state of Nevada, Reid has since been on the opposing side of the debate.

Initially suggesting he’d support an online poker ban if it was the only way to outlaw online gambling (something he’s always disliked), he’s more recently been on the side of RAWA supporters.

For all his mixed emotions on the topic, it’s Reid’s alleged financial dealings that are now making the headlines. According to Rawlings, there was a failing on the part of the FBI when it came to investigating the movements of a $2 million check from a company linked to Full Tilt.

News of a potential bribery scandal first came to light back in September, but since then, Rawlings has come up against a wall of silence, which has prompted him to question what it all means.

Rawlings Told to Move On

At this stage, there is no evidence to confirm that Reid pushed for online regulation in exchange for money. However, Rawlings has attempted to press on with his investigation, but claims his efforts have been blocked by federal and state forces.

“The Salt Lake office was taking steps to do so, but suddenly they were not,” Rawlings told The Salt Lake Tribune.

With a lack of funding to carry out the investigation, and the FBI rejecting his requests for evidence, Rawlings believes something may be amiss, but Reid could resolve the situation through a “real, vibrant grand jury investigation.

“Harry Reid is presumed innocent and may actually be innocent,” Rawlings told the SLT.

Meanwhile, the FBI and the Utah Department of Public Safety (DPS) have issued a joint, and not surprising denial, of stymying anything in the matter. “At no time has the FBI or DPS been asked to back off of an investigation of any public official,” FBI spokeswoman Sandra Yi Barker said in a statement.

Why the DPS, which typically oversees matters such as emergency services, the DMV, and Animal Control, would be involved, is a bit of a mystery in and of itself.

The old saying that there’s no smoke without fire is clearly what’s driving Rawlings in this case, but it certainly appears as though a check was cut and shipped out of the US. Why it was sent and who received it is unclear at this point, and we may never know.

How are we not surprised that bribery has to occur for favorable legislation to get accomplished. We are so quick to point out China does this, and hide it under the rug when it occurs in America.