Harrah’s poker room in Las Vegas is one of the many casualties of COVID-19. The small, Caesars-brand card room will be the first to permanently close its doors, though it likely won’t be the last. 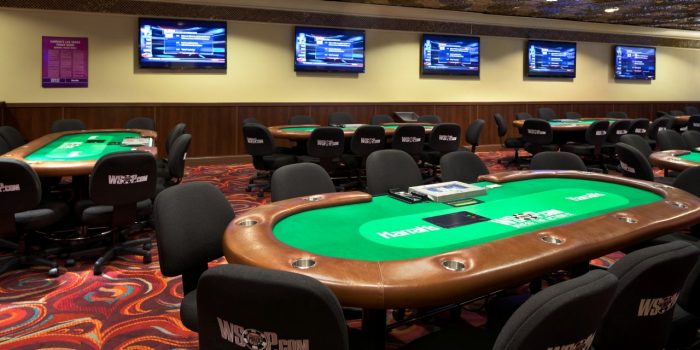 Las Vegas’ poker scene has rapidly rebounded since the casinos first reopened June 4. Initially, only four card rooms opened. But just over two months later, that total has risen to 14. Still, that’s less than 50% of the 31 poker rooms in town. Well, now 30, as Harrah’s is kissing poker goodbye permanently.

The Las Vegas Strip card room certainly wasn’t one of the more popular places in town to play. CardsChat News spoke to one former regular player — low-stakes grinder Ben Abrahams — who told us he wasn’t surprised. He said he enjoyed playing there, but it wasn’t the best run room in town. Still, the poker pro who prefers smaller card rooms such as Harrah’s as opposed to the larger rooms like Bellagio and Aria, said he feels for those who lost jobs over the closure.

“They should have shut down a while ago,” he said. “The only time they made money was during WSOP.”

The poker room at Harrah’s had just seven tables, a mere fraction of the biggest room in town, The Orleans, which has 35 tables. On most nights, except for during the summer when the WSOP is in full swing, Harrah’s typically had just a couple of low-stakes poker games running, usually at $1/$2 limits.

Abrahams became friendly with the dealers and some of the regulars at Harrah’s. When he played cards there, his intentions were to rack up hours so that he would become eligible for certain freeroll poker tournaments they offered.

Jennifer Gay Pique, whose husband is the poker manager at Las Vegas’ Sahara, shared the news of the Harrah’s closure on Facebook. She’s a regular in various card rooms around town, and has also spent time competing at the recently closed poker room. Like Abrahams, she feels for those who are now out of work.

“While I understand a certain amount of this is to be expected and fewer poker options isn’t necessarily a bad thing for the existing poker rooms, my heart always hurts a little when another room shutters,” Pique wrote.

With Harrah’s out, Caesars Entertainment now operates just five poker rooms in Las Vegas — Bally’s, Caesars Palace, Flamingo, Planet Hollywood, and Rio. And only two of them — Caesars Palace and Flamingo — have reopened since COVID-19.

The now-former Harrah’s poker room is currently being transformed into a smoke-free slot machine room.

Very sad. Always loved to play there when I wanted a friendly, low stress game. I, for one will miss Harrahs poker room.