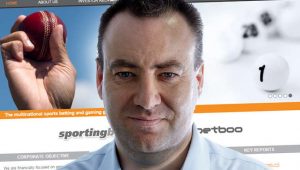 Partypoker, under its new owners GVC Holdings, is set to reenter 21 markets across Europe and the Americas, many of which it had abandoned in 2013, because they were legally “gray,” meaning the legality of online gaming in those jurisdictions is neither clearly illegal nor clearly legal.

GVC, which only officially completed its takeover of bwin.party at the beginning of this week, is ready to move like Napoleon back across the EU and beyond.

GVC is no stranger to targeting gray markets, nor does it have many qualms about doing so.  When the company teamed up with William Hill in 2012 to acquire Sportingbet, Hill acquired Sportingbet’s Australian and Spanish operations, while GVC absorbed much of the online sportsbook’s gray market operations.

Meanwhile, partypoker, which was once the biggest online poker site in the world, floating on the London Stock Exchange in 2006 for $4.64 billion, has become a shadow of its former self.

That’s because bwin.party’s poker operations had become a thorn in the company’s side. The company said last year that poker revenues across all markets in 2014 dropped by 29 percent, year on year, which contributed to a net operating loss of €94.3 million across all operations.

To Market, To Market

GVC’s market expansion is part of a “volume to value” strategy, as it attempts to turn around partypoker’s fortunes by strategically reintroducing it to markets that should prove cost-effective.

Bwin.party’s Group Head of partypoker Tom Waters told eGaming Review that the company had chosen to reengage with the markets after making a “thorough review” of partypoker’s operations.

“Along with other operators in the industry, we do accept gameplay from customers based in yet to be regulated territories where customers are not prevented from accessing online gaming products,” said Waters.

“We have re-opened registration for a number of markets and could potentially look to do more if the commercials support it.”

GVC is currently undergoing the strict licensing application process in New Jersey, where partypoker operates a market-leading online poker partnership with the Borgata land-based casino in Atlantic City. The New Jersey Division of Gaming Enforcement (DGE) has granted temporary permission for partypoker to continue to operate under the Borgata banner, while GVC awaits a decision. GVC execs have been given a clear mandate not to get involved, however, until the licensing process is complete. And that could be awhile, if history repeats itself a la PokerStars.

Meanwhile, GVC’s reengagement with gray markets is unlikely to go down well with the DGE.

In fact, it’s been speculated that bwin.party pulled out of those markets in 2013 as part of its own efforts to secure licensing in New Jersey and impress the DGE.

Does GVC Even Care About New Jersey?

But it may be that GVC isn’t that concerned whether it receives a New Jersey iGaming license or not, as CEO Kenny Alexander hinted to Gaming Insider in December.

“If we get a New Jersey license, the idea would be to run the US business differently from BwinParty,” he said. “It’s been losing a lot of money. I think it makes sense to have some options. If the US was to open up properly, we would be in there and if it’s not losing us any money, we can see what happens in the US.

“But if we don’t get a New Jersey license or if we think the US business is going to continue to lose money, no matter what, then we would take us out of the US.”

Online gaming revenues in New Jersey and elsewhere in the US have been disappointing, and meanwhile the hoped-for domino effect of state-by-state regulation has failed to materialize. GVC may well feel that it is better off concentrating its efforts elsewhere.

Concurrently, Borgata is understood to be looking for a Plan B, in case GVC fails to secure that license, which could open up the possibility of a partnership with already-licensed PokerStars.