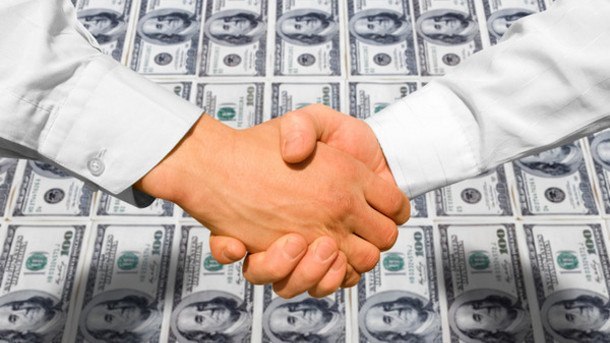 It will take a lot of Benjamins for this deal to happen: GVC Holdings has made a bid to take control of bwin.party, the parent company of partypoker. (Image: foodnavigator.com)

Bwin.party could be set for a change of ownership if the green light is given by the company’s senior executives.

Despite being a smaller company than bwin.party, GVC has a strong presence in Latin America, as well as an industry-leading mobile platform for sports betting, and it’s been suggested the company has been on the lookout for consolidation opportunities for a number of months.

Having seen William Hill’s recent attempt to take control of 888 Holdings, plus the ever-increasing pressure of the UK’s new Point of Consumption Tax, GVC has been looking to explore opportunities with other operators. This desire to acquire new assets and merge with an already profitable company has led to the first stage of the negotiation process.

Rumors of a possible bid have been floating around the stock market for much of the week, and since Monday, the share prices for bwin.party and GVC have been on the rise. In fact, before the news was made public on Friday afternoon, bwin.party was trading up by 5.82 percent, while GVC climbed 2.45 percent.

While the latest information is being viewed as a positive move for both companies, a representative for GVC was intent on stressing that the proposal did not necessarily mean that a deal was set in stone. Despite being on the market for a year, bwin.party is a larger company than GVC, which means any deal would be described as a reverse takeover.

Although this isn’t expected to pose a huge problem for either side, it does mean that terms will need to be agreed on by all the major shareholders.

“There can be no certainty that the submission of this proposal will lead to the company being selected as a proposed acquirer of bwin.party or, in turn, completing an acquisition,” read a statement to the London Stock Exchange by GVC.

No Deal Set, But Huge Potential

This note of caution has been backed up by confirmation by bwin.party that it is currently courting offers from a number of potential investors, only one of which is GVC. Picking up on this, Karl Burns of Panmure Gordon told Reuters that, at this stage, a deal is “more unlikely than likely.”

However, if the negotiations are successful, it could mean a whole new lease on life for both bwin.party and GVC. The latter’s previously mentioned strong footing in Latin America, as well as the mobile market, could make the new company a major force in the industry when combined with bwin.party’s poker and casino assets in Europe and North America.

Having already seen Amaya take control of PokerStars, GVC knows that an investment in a company with a host of strong brands, including partypoker, can be extremely profitable. For now, however, both sides will have to agree on terms before any grand plans for the future can be made.