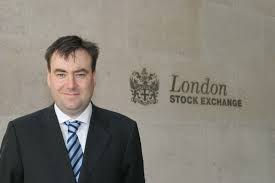 GVC boss Kenneth Alexander. Could his firm be eyeing up a huge leveraged bwin.party takeover that trumps 888? (Image: egrmagazine.com)

GVC Holdings is considering one last throw of the dice in its battle to acquire bwin.party, this time without the financial assistance of Amaya Inc.

Insiders report that rumors have been circulating in London’s financial district that GVC has been talking to institutions about the possibility of a large fund raise for an enormous leveraged takeover of bwin.party.

GVC and Amaya’s joint bid proposed to split up the company, with GVC acquiring its sports book and Amaya its poker operations.

888 holdings was ultimately considered the safer option because of various “industrial synergies” that would ease integration and lead to cost savings further down the line.

“We’re Not Ruling Anything Out”

“The bwin.party directors have concluded, after further work with GVC and its advisers and after careful consideration, that 888’s offer provides a higher degree of certainty for bwin.party shareholders and that GVC’s modest incremental premium to 888’s offer is not sufficient for the bwin.party board to recommend GVC’s proposal over 888’s offer,” the company announced in an official statement last week.

A combined 888/bwin group would have revenue of over $1 billion and could save at least $70 million per year by the end of 2018 by removing duplicated costs, technology and administration fees.

However, it’s believed that the removal of Amaya from the picture would alleviate some of the complications that troubled bwin.party about the original GVC bid.

“We’re reviewing our options and we’re not ruling anything out,” a GVC spokesperson told the Daily Telegraph newspaper.

If GVC come back with a new offer, it will have to be a big one.

The company’s rejected proposal valued bwin.party at 110p per share, and Michael Campbell, analyst at Northland Capital Partners, said GVC will have to go much higher to interest bwin shareholders and gatecrash the 888 bid.

“For GVC to win that business, they’re really going to have to come back with a quite a bit of a competitive bid, in my own view, and if it’s south of 115, 120, I can’t see shareholders voting in favour of a GVC deal,” he told Reuters this week.

GVC has a market value of £250.9 million ($390 million), a third of that of bwin.party and would therefore have to raise a huge amount of cash in order to mount a successful solo bid.

Representatives from bwin,party and Amaya were unavailable for comment when approached by the Daily Telegraph.