The Grosvenor UK Poker Tour’s 2017 “Goliath” event broke its own record last week, making it the largest European live tournament ever, and the largest in history held outside of Las Vegas. 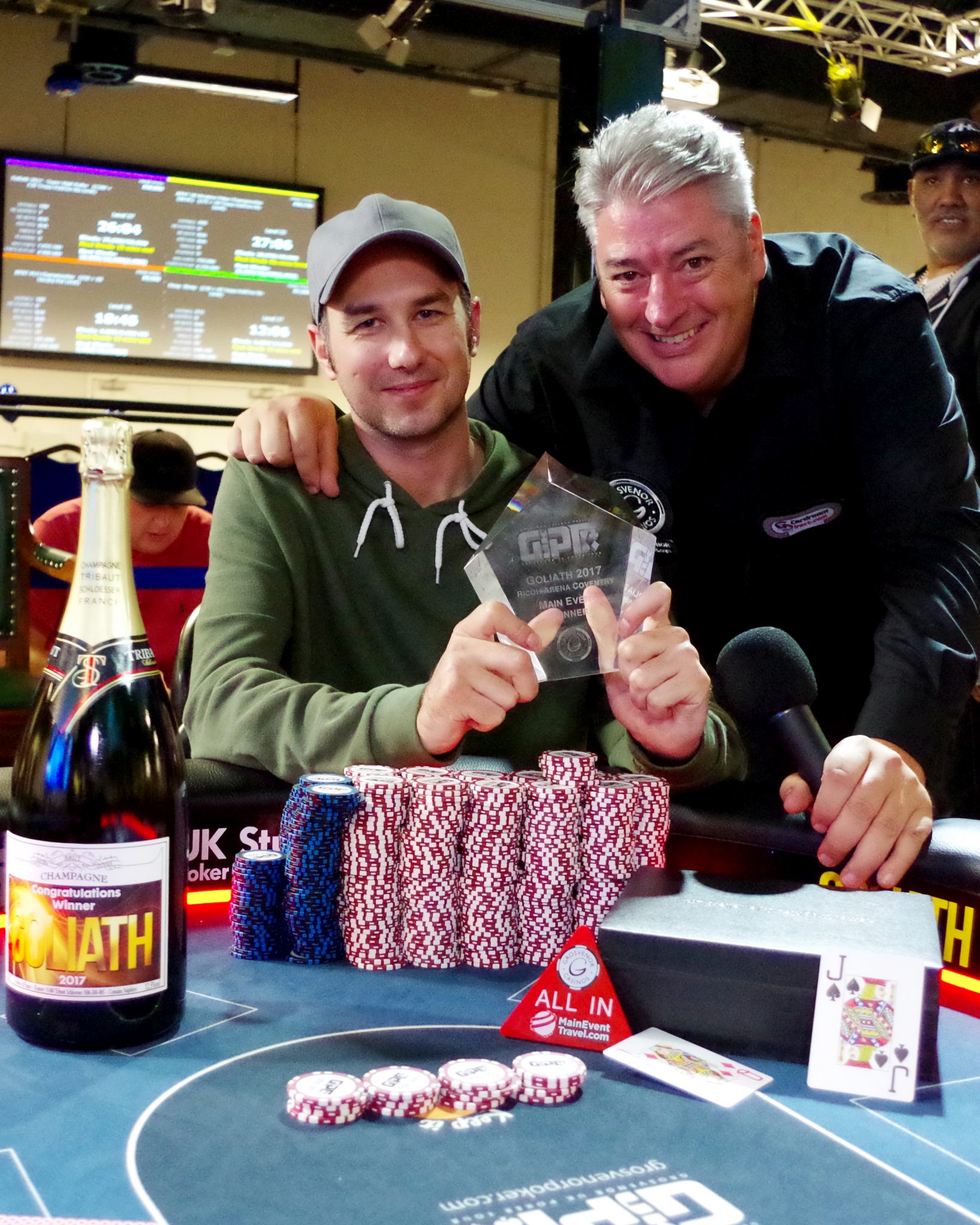 Elliot Marais turned $156 into $111,665 by taking down the GUKPT Goliath, the largest live tournament ever held outside Las Vegas. (Image: GUKPT)

After a flurry of qualifiers and seven starting days, registration desks at the Grosvenor Casino in the Ricoh Arena in Coventry closed with a final tally of 6,385 entries. That’s just 35 fewer than the 2015 WSOP Main Event, which had 6,420 players enter.

The tournament started on July 27 and finished August 6.

The final prize pool topped $890,000, which meant the eventual winner, Elliot Marais, took home $111,665. Unlike many of those that made it into one of the 682 payout spots, Marais only bought in once.

Sitting down on July 29 for day 1A, Marais made it through the first day before going home to wait for the remaining starting sessions to play out. Returning a week later, after day 1G, the small-stakes serious amateur had a fairly smooth route to the final table, where he started third in chips.

As his opponents made moves, Marais sat patiently to eventually be heads-up against Tai Hoang, an accomplished player from Birmingham and a tournament favorite at the final table.

Prior to winning the Goliath, Marais had just $1,111 in live tournament winnings and described his experience as “fun” during the post-match interview.

Although the Goliath might not be able to match the WSOP in terms of status, the Grosvenor event has shown that poker is still alive and well in Europe. In fact, with the WSOP Main Event also enjoying a bumper year this summer (7,221 entrants), it looks as though live poker is plenty strong heading towards 2018.