Sometime poker pro Michael Borovetz — whose Hendon Mob tally shows a long series of modest wins that total up to almost $600K in live tournament cashes — has been busted by New Jersey Port Authority police for scamming a traveler out of $200. 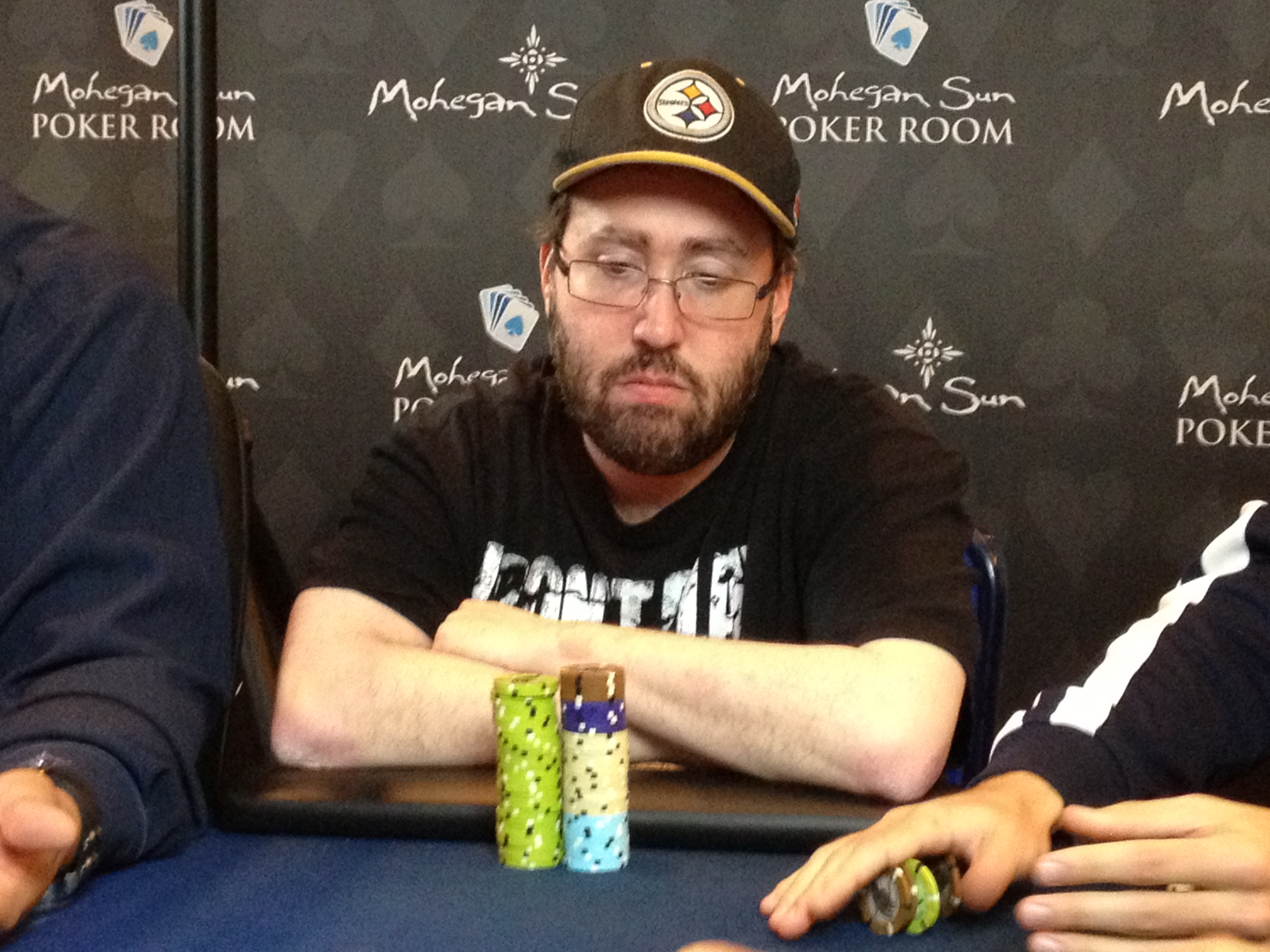 Tournament player Michael Borovetz (seen here playing in the 2012 Mohegan Sun $100K Gtd event in Connecticut) has been caught scamming a man for $200, despite having more than $500,000 in poker winnings. (Image: poker.mohegansun.com)

According to an official statement from New Jersey Port Authority police presented to local media outlets on April 6, Borovetz bluffed a Princeton man into loaning him cash to cover the cost of a hotel room for the night. As explained by Port Authority spokesperson Joseph Pentangelo, Borovetz approached the victim at Newark airport on April 3.

He has been charged with “theft by deception.”

After saying that his flight had been canceled and he was stranded in New Jersey, 43-year-old Borovetz assured the man that he would return the $200 loan. The unnamed mark initially believed the fraudster and withdrew the funds from an ATM inside Terminal B at the airport.

But eventually, the victim became suspicious and reported the incident to police. An investigation was launched, and local officers eventually arrested Borovetz at his hotel room at Newark Airport Marriott.

For his latest ruse, Borovetz will have to appear in front of a judge at Essex County Municipal Court on April 17, but this won’t be the first time he’s had to come clean about his fraudulent behavior.

Local authorities have already recorded multiple cases where the poker player used similar tactics to scam travelers out of money. In fact, the man himself took to poker forum 2+2 back in 2014 to admit that he tried to dupe a fellow player.

“I just now read through the whole thread and let me state this emphatically: Everything the initial op has stated is 100% true,” Borovetz posted under the handle PSUMike1999 back in 2014.

Blaming his action on a gambling addiction, Borovetz went on to explain in the forum how he’d gotten himself into a seemingly unbreakable cycle:

2) Gamble money to try and [sic] win more money so I don’t have to go to airport anymore.

3) Lose all of the money in the pit and go back to #1 or win money, leave, come back the next day thinking I can win more money and proceed to lose it all.”

Despite outing himself regarding his sins in 2014, Borovetz continued to dupe people in a bid to supplement the $587,615 in recorded tournament earnings he’s amassed since 2004.

Odd how this has been an ongoing thing yet nothing has happened to him so far. With no consequence for this type of behavior, it will only perpetuate a continuation of the same practice…Hope he gets help soon.

This is actually pretty sad, this man needs help.