Greg Himmelbrand has traveled to play MSPT $1,100 buy-in Main Events on three occasions. The New Yorker might want to visit the Midwest more often, because he’s now won two of them, for a combined total of $198,868 in prize money. 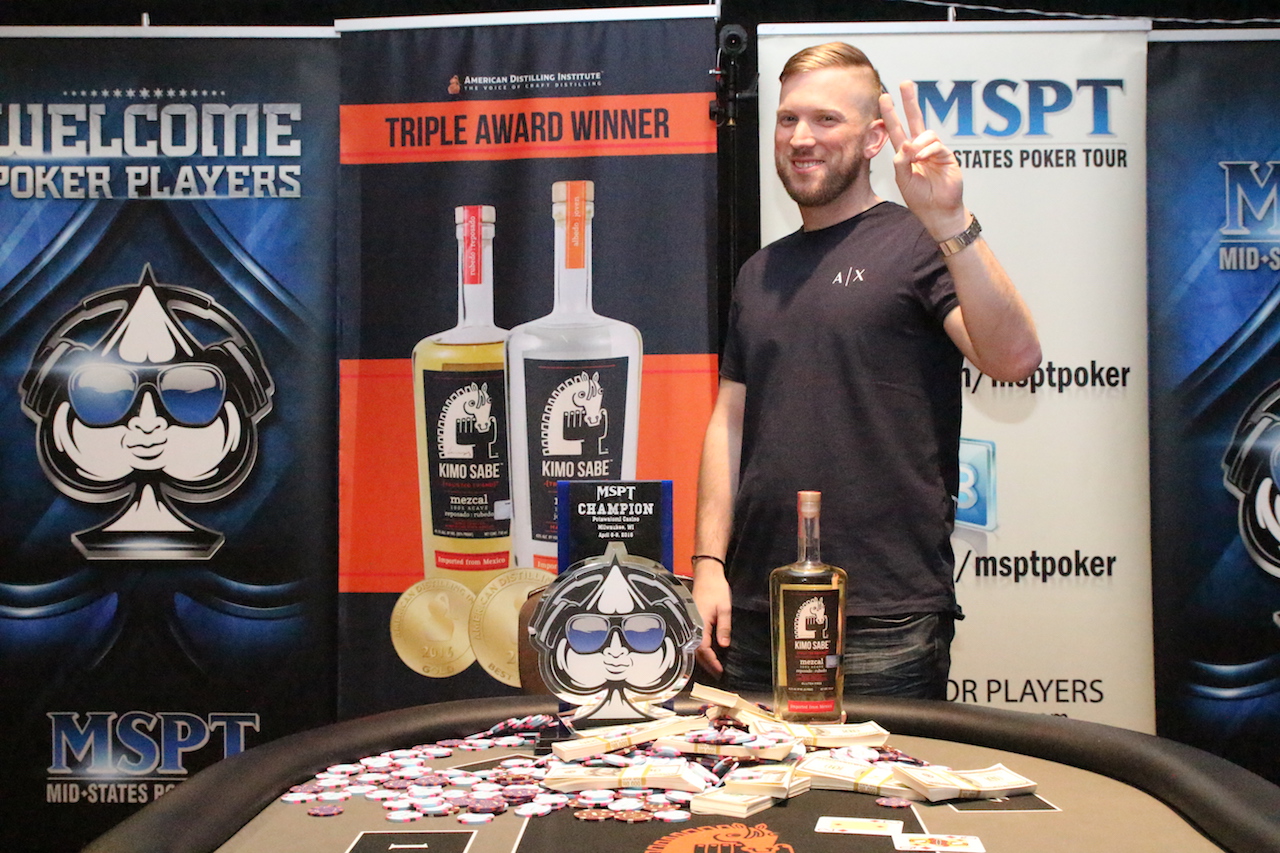 The 70th-ranked New York State player is hardly new to the game of poker. Hendon Mob shows him as having $1.48 million in live tournament cashes (his latest MSPT win is not yet reflected in his stats as we go to press), including a fourth-place finish as recently as last September in the WPT Borgata Deepstack $540 NLH event, from which he walked away with $119,540.

Over the weekend, Himmelbrand added to those victories at the Potawatomi Casino in downtown Milwaukee, Wisconsin. The MSPT’s eighth stop to the venue attracted 635 entries, including noted poker author Jim McManus and reigning champ Richard Bai.

After starting the final table as the short stack, the 35-year-old Himmelbrand captured his second MSPT title and a $125,958 first-place prize. In the process, he became the tenth player to win multiple titles in the tour’s nine-season history.

Himmelbrand previously won the MSPT Maryland Live! for $72,910 in 2015. The latest win was the third-largest score of his career and vaulted him past $1.6 million in lifetime live tournament earnings.

Of his second event takedown, he said it was “pretty sick.”

Himmelbrand thought long and hard before calling, which left Buhler looking for a non-deuce club on the river. The 9♥ wasn’t what he needed and Buhler walked away with second place and $76,806, still crushing his previous best score of $4,546.

“The only hands I’m beating are naked club bluffs,” Himmelbrand said of the final hand. “I would have called earlier, I even said I might be nit rolling, but the problem was he double checked his cards deliberately, so it made me hesitate a bit, thinking he might’ve flopped a flush. I just thought he has one club enough of the times for me to call.”

Day Two saw 113 players return to action, but 41 of them fell short of the money, including bubble boy Mark Morris, who fell in 73rd place when his ace-king failed to win a race against Devin Looney’s pocket nines. 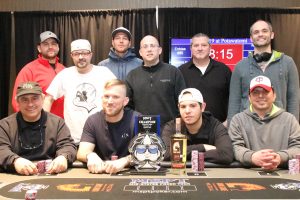 Another player to cash was WPT champ Kevin “Bel0wA0ve” Saul, who grinded his way to the final table. It was there that he three-bet shoved holding the 4♣4♥ and found himself at risk against the K♥Q♣ of MSPT Season 8 Potawatomi Regional Event champ Craig Trost. The board ran out Q♠A♠2♣2♥Q♥ and Saul earned $31,951 for his fifth-place finish.

Trost himself would later lose a flip with ace-queen against Himmelbrand’s pocket fives. He busted in third place a short time later for $57,144.

Season 9 of the MSPT continues this weekend with a $1,100 buy-in, $300K GTD Main Event at Golden Gates Casino in Black Hawk, Colorado.