The inaugural Global Poker League (GPL) draft caused quite a bit of buzz on social media on Thursday. And the second annual American Poker Awards went off without a hitch. 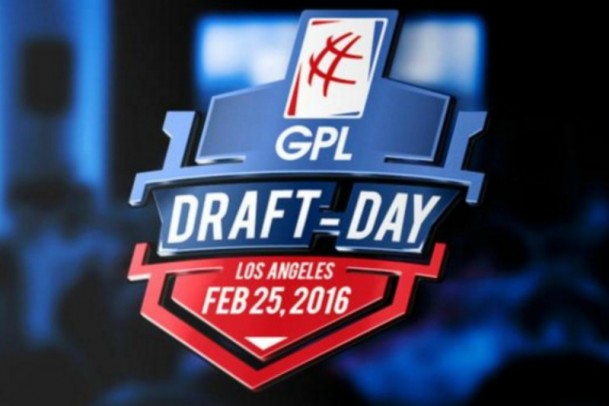 Both events took place Thursday evening at the SLS Hotel in Beverly Hills, California. First up was the draft. In a similar format to an NFL or NBA draft, the 12 GPL teams took turns selecting one player each round for three rounds (36 total).

Kara Scott, recently signed by 888poker as a brand ambassador, served as the draft commissioner. The 12 team managers chose from a list of more than 200 of the top 1,000 ranked Global Poker Index players who had decided to sign up for the draft.

If you were hoping to watch some of your favorite “poker boom” era stars compete in the GPL, you’ll be disappointed in the draft picks. But if you just wanted to see the game’s best current players, you should be thrilled at the selections. Most of the 36 players drafted are among poker’s elite, including numerous potential future Poker Hall of Fame inductees.

The first pick came as no surprise to anyone. Max Pescatori, manager of the Rome Emperors, took Mustapha Kanit, a fellow Italian. Kanit has been on a tear recently at the poker tables. He’s made millions and can compete with anyone.

The Montreal Nationals followed suit by taking a player from the team’s home country, Mike McDonald of Canada. Jason Mercier was selected third by Bryn Kenney’s New York Rounders. Phil Galfond, to the surprise of many, went fourth to the San Francisco Rush.

What They’re Saying in the Twittersphere

The GPL draft was trending on Twitter on Thursday. Poker fans and players chimed in with opinions on player selections and the league’s potential.

Poker player Allen Bari (@allenbari) doesn’t think too highly of Sorel Mizzi, who was chosen in the second round by the Berlin Bears.

“Although I’m rooting for GPL to be successful (surprisingly), Sorel being drafted is exactly what is wrong with poker and the people involved,” Bari tweeted.

That tweet was re-tweeted by Shaun Deeb, a prominent poker player who has been critical of the GPL in recent tweets. Jason Mercier was much more positive and clearly grateful to have been selected.

“Growing up, my dream was to be a professional athlete. It’s awesome what’s happening today in the world of poker,” Mercier said, prior to the draft.

Cate Hall was noticeably irritated by the “Poker Brat’s” commentary on Twitch during the live stream of the draft.

“Actually turning off the GPL draft because I can’t hear ‘white magic’ one more time without putting my fist through something,” she posted, in reference to Phil Hellmuth’s repeated use of the term he often employs to describe his own game strategy.

Finishing things off in Beverly Hills was the American Poker Awards (APA). Some winners, as with the Oscars or any major awards show, were predictable, others, not so much.

Kara Scott pulled double duty Thursday evening, hosting the APA ceremony. She announced the winner of the first award and it went to Kelly Minkin for GPI Female Poker Player of the Year.

Byron Kaverman claimed the GPI Player of the Year trophy automatically for topping the GPI player rankings charts in 2015.

Unlike the Academy Awards and other similar types of events sometimes known for their yawn factor, this one moved at lightning pace. No poker players in attendance could complain about “tanking” on this evening.

Perhaps the biggest winner of the night was WSOP photographer Joe Giron. He won the Poker Media Content of the Year award for his footage of Daniel Negreanu busting in the WSOP Main Event last summer. Run It Up creator Jason Somerville and poker player/entrepreneur Faraz Jaka had been considered the favorites in that category.

Speaking of Negreanu, the legend won arguably the biggest award of the night, Poker Moment of the Year, for his 11th place Main Event finish in the 2015 World Series of Poker.

Another legend, Mike Sexton, one of poker’s all-time most influential broadcasters for his longtime hosting on World Poker Tour, deservedly won the Lifetime Achievement Award to close out an exciting night for the poker world.