GPI Player of the Year at Stake in $300K SHRB: Game Within the Game

A $3.67 million first place prize isn’t the only thing at stake as Day Two of the Super High Roller Bowl V rolls on. Three players — Stephen Chidwick, Justin Bonomo, and Alex Foxen — also are vying for one final cash to secure the 2018 GPI Player of the Year award. 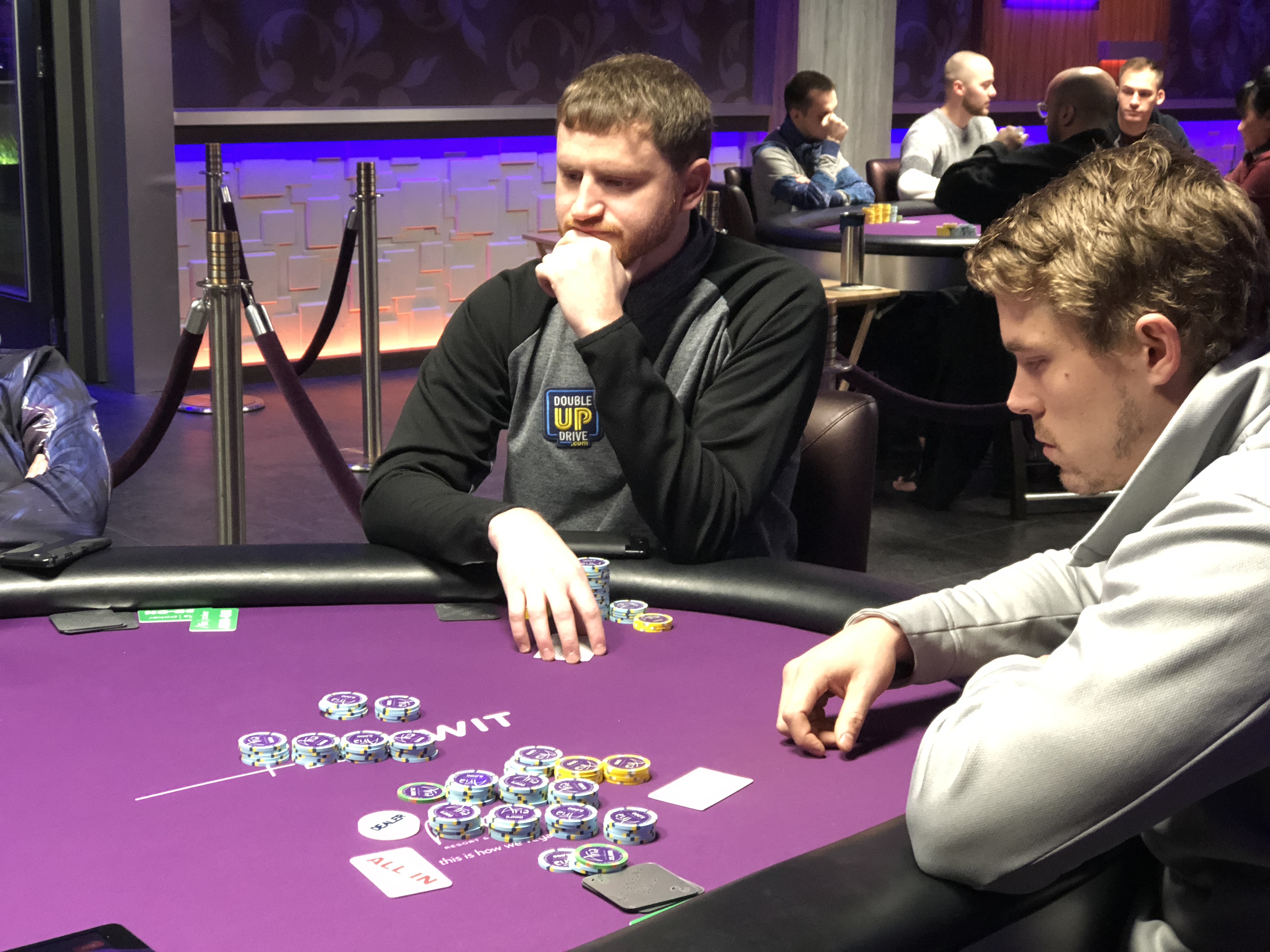 David Peters was also in the mix before losing a crucial pot to Foxen early Tuesday afternoon, and then surrendering his few remaining chips to Rick Salomon moments later, leaving him on the outside looking at the SHRB, and officially out of the running for GPI POY.

No Luck this Time

In 2016, Peters pulled off a December miracle, stealing the title from Fedor Holz in the final days of December. But a repeat performance in 2018 appears to be over.

GPI Player of the Year Contenders

One sick cooler Tuesday probably ended his POY chances, and it was fittingly against Foxen, the GPI leader. On a board of Q-Q-2-7-10, Peters who held Q-J, bet out 140,000, just under the size of the pot. Foxen then shipped all-in for 278,000 with Q-10 (full house) and got a reluctant call from an opponent who appeared to know he was in trouble but couldn’t find a fold given he was so pot committed.

Peters was left with crumbs while Foxen, who was busy scooping one of the biggest pots of the tournament to that point, all of a sudden was among the chip leaders.

Still Anyone’s Game (Except for Peters)

With Peters out of the way, the GPI Player of the Year race is now down to Foxen, Bonomo, and Chidwick. Eric Danis, President of Global Poker Index, confirmed to CardsChat that the SHRB will indeed award POY points, with the champion receiving “approximately 290 points.”

At publishing time, 22 players out of 36 entries remained in the SHRB but only seven will cash. That means it’s possible Peters won’t lose any ground on the leader. For all we know, none of the other three contenders will cash, which means they won’t earn POY points. But David still trails Foxen with less than two weeks left in 2018 and no major events remaining.

So, we can comfortably say it’s now a three-player race. And those three contenders were all among the chip leaders when we published this article.

Chidwick was the chip leader with 22 players remaining thanks to an innocuous river card. Salomon got all his money in on a 10-8-4-3 board (two spades and two clubs) with 9-6 of spades (flush and straight draw) against Chidwick’s 10-9 of spades (top pair and flush draw).

The 4 of diamonds on the river propelled the GPI POY contender into the chip lead.

Bonomo, on the other hand, got off to a fast start on Day One, going from 100,000 starting chips to over 300,000 within 20 minutes. But he hasn’t increased his stack much since. Still, he is holding steady and is always a threat to win any no-limit hold’em tournament.

Why Doesn’t Bonomo Have GPI POY Locked Up?

You might be wondering how Bonomo, who has a single-year record with $25 million in cashes, hasn’t already wrapped up Player of the Year. There’s a very simple reason for that.

With his $25.4 million in 2018, a single-year record, Justin Bonomo has surpassed Daniel Negreanu ($39.8 million) as poker’s all-time winningest live tournament player at $43.4 million. But if DNegs wins the SHRB ($3.67 million) and Bonomo fails to cash, the two will be in a virtual tie for first place, with only a few thousand dollars separating them.

GPI POY points are only factored into tournaments with at least 32 players. So, for example, Bonomo’s $10 million title in the $1 million buy-in WSOP Big One for One Drop didn’t count because only 27 players entered.