The Republican National Convention (RNC) may have been packed full of talking points this week, but the most pertinent takeaway for US poker players on GOP policy might be that the party will no longer call for a ban on Internet poker.

It’s the first time since 1996 that online gaming prohibition has not been part of the Republican platform.  And that was one year before the first real-money Internet poker site was even launched. 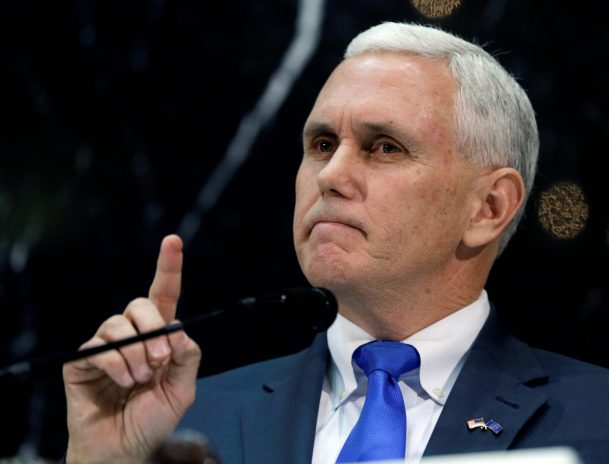 Indiana Governor Mike Pence, the Republican nominee for vice president, has proved himself to be a steadfast opponent of regulated online poker in the past. (AP/Darron Cummings)

At first glance, that turnaround would seem surprising. For starters, Sheldon Adelson, a man whose dearest wish is to wipe regulated online gambling off the face of the planet, has thrown his weight behind  the GOP presidential nominee in Donald Trump.

Adelson, you may recall, was the architect of the Restoration of America’s Wire Act (RAWA), which aimed to ban online gambling at a federal level by reversing the 2011 Department of Justice (DOJ) reinterpretation of the 1961 Wire Act. That measure, obviously created decades before the Internet was a thing, banned interstate betting via any means of “wire” communications.

In its reversal, the DOJ determined that ban only applied to sports betting (excluding states like Nevada who were grandfathered in), which in turn opened the door for states to legalize online poker.

As recently as May, Adelson crony and former presidential hopeful Senator Lindsey Graham (R-South Carolina) attempted to sneak language similar to that contained in RAWA onto a 141-page US Senate Appropriations Bill. Graham apparently hoped that no one would notice, but a companion amendment was rejected by the US House of Representatives.

Then there’s the fact that Trump’s new running mate, Governor Mike Pence of Indiana, is a longtime RAWA supporter. As a congressman, he supported the Unlawful Internet Gambling Enforcement Act (UIGEA), which banned financial institutions from processing online gambling transactions. And on May 2014, Pence wrote a letter to the Indiana Congressional Delegation, asking them to support the RAWA.

“Taken together with the mobility of our society and the widespread access to the Internet, a federal prohibition of Internet gambling is necessary,” wrote the new GOP VP pick. “Otherwise the ability of states like Indiana to prevent and control Internet gambling within [their] borders, despite our best efforts, will be greatly diminished.”

But RAWA failed to gain any real traction in Congress, largely due to its trammeling of an issue very close to Republicans’ hearts: states’ rights.

Meanwhile, despite the fact that Adelson created a $100 million super pac to support Trump’s campaign, the Republican nominee himself has stayed silent on the matter of online gambling since declaring his ambitions to run for president.

In a 2011 interview with Forbes, Trump declared: “[Online gambling] has to happen because many other countries are doing it and like usual the US is just missing out.”

The Poker Players Alliance (PPA), and similar lobbying groups, have worked hard to ensure that GOP congressmen are aware of the danger RAWA posed to states’ rights, and it looks like it’s worked.

But PPA Executive Director John Pappas warned this week that vigilance is still needed, especially where Pence is involved.

“While I cannot say what a Trump presidency would mean for poker, there is some smoke. And, as they say, where there is smoke, there could be a fire,” Pappas said. “The story with Trump’s running mate, though, is perfectly clear. While there is smoke with Trump, Pence’s desire to usurp the states with a federal online poker prohibition is a raging inferno.”

Dramatic language aside, it’s unlikely that Pence, a relative unknown to the American public before this week’s selection as Trump’s running mate, will use his still wimpy political muscle to focus on Internet gambling any time soon.