Facing the prospect of having NFL Commissioner, Roger Goodell, testify in court about the league’s gambling policy, the professional sports organization decided to punt. 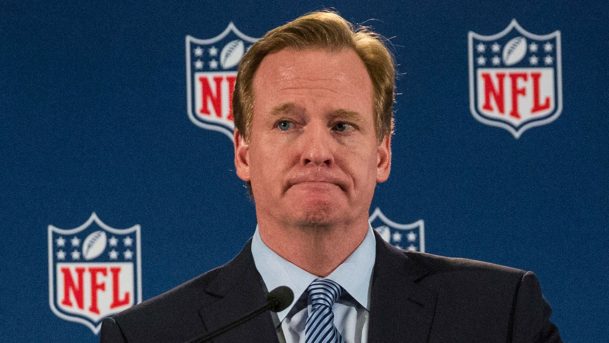 The NFL settled a lawsuit with Strikes for Kids, who had requested that Commissioner, Roger Goodell testify about the league’s gambling policy. (Image: Getty Images)

The group announced it settled its lawsuit with Strikes for Kids out of court for an undisclosed amount.

The children’s charity sued the powerful association for a reported $100,000, contending the NFL defrauded the group by falsely claiming a 2015 event violated its gambling policy.

Julie Petit, an attorney for the plaintiff, confirmed to USA Today, that there was an agreement reached, but was not allowed to provide specifics. The NFL office declined to comment.

The non-profit group coordinates charity bowling, softball and golf events with football players to benefit children’s groups, such as Boys and Girls Club and Big Brothers and Big Sisters.

It had planned an event two years ago at Strike Zone Lanes, which is located inside the Sunset Station Hotel and Casino, but was forced to move to a smaller location when the NFL objected to the site.

But the prior year, the event was held at a bowling alley inside the South Point Casino and featured players Julius Thomas, Ryan Mathews, Kenjon Berner and Duke Ihenacho.

Other incidents where the policy has been questioned is at charity poker tournaments. In 2011, Phil Hellmuth, Howard Lederer, Annie Duke and Johnny Chan, were participating in an event at the Golden Nugget that featured more than 30 current football athletes.

It was to benefit children in Africa, but the league said the players couldn’t appear because it was inside a casino.

They also prohibited three Miami Dolphins, Jason Fox, A.J. Francis and Jordan Cameron, from a 2015 charity poker tournament that was not held in a casino. They were banned because it had them in advertising materials, promoting their appearance.

NFL players are allowed to gamble in casinos on everything except sports. They can also play poker, just not be publicized when doing so. Calais Campbell, a defensive end for the Arizona Cardinals, played in last year’s World Series of Poker.

Critics argue that gray areas and double standards exist. They point to a 2015 Daily Fantasy Sports Convention held in a non-casino venue where former quarterback Tony Romo was not allowed to speak at, but no discipline was handed out to New England Patriot’s tight end, Rob Gronkowski who was on a cruise for an event that had a casino onboard.

A way to clarify the NFL’s gambling policy would be to have Goodell go on the record and specifically outline what is allowed and what is outlawed. He maintains the rules are clear.

Petit’s brief with the US District Court in Dallas where the trial was to take place, demanded she be allowed to ask Goodell under oath about the NFL’s gambling policy. Settling the lawsuit avoided that possibility.