Ante4Autism, an annual charity poker tournament in Las Vegas, is back for its 11th year raising money for multiple autism charities, with an event that features poker celebs, non-poker celebs … and Norman Chad. 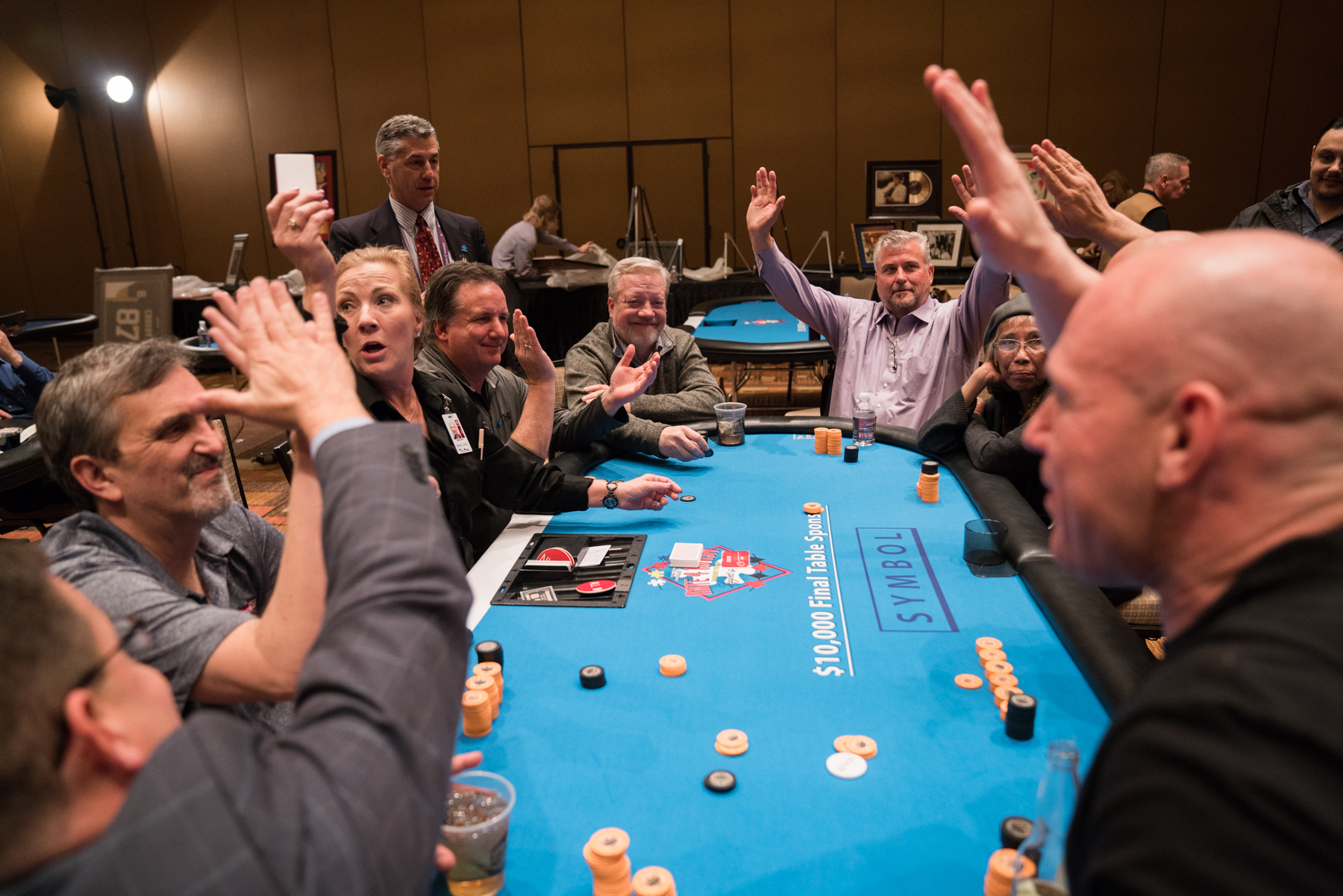 Who has to go to the bathroom? How many people want beer? Last year’s Ante4Autism final table had players waving their hands in the air like they just don’t care. (Image: ante4autism.com)

Part of the fun in charity poker tournaments is playing for a good cause when it’s more about the money raised than money won. The Ante4Autism event — being held Saturday, 6 pm PT, in Las Vegas at the Golden Nugget — has seen both numbers grow.

The tournament is a $150 buy-in with $50 rebuys, and offers a $15,000 guaranteed prize pool, which will be split among the final table of nine. It is the largest prize pool in the charity event’s 11-year history.

The success of Ante4Autism is unusual for a low buy-in celebrity charity tournament. Especially one that doesn’t use the emceeing services of Phil Hellmuth or Daniel Negreanu.

Just about every starting table will have someone there you can tell your sister about.

As the final table prize pool has grown over the years, so has the money raised.

Doug Krinsky, co-founder of the non-profit Beat Autism Now, started the charity tournament in 2009 to raise awareness within the home furnishings industry, and money to support families affected by Autism who needed help. That first event raised $6,220.

In total, the event has raised $565,199.  The proceeds of the event are now donated to five Autism-related charities each year. This year’s recipients are Autism Speaks, the National Autism Association of Southeast Ohio, The Reece School in New York City, Stynchula Foundation, and Cleveland Clinic Kids.

Autism is a mental condition that impairs the ability to communicate and interact, and affects about one percent of the world’s population, according to the Autism Society. The CDC reports that Autism Spectrum Disorders (ASD) are diagnosed in 1 in 59 children in the United States.

Beyond the communication problems associated with autism, patients are also prone to other health issues such as depression, anxiety, and epilepsy.

A special guest speaker at Saturday’s event will be Jackson McQuiston, an adult with autism and son of Mike McQuiston, president of Symbol Mattress, one of the event’s big sponsors.

Jackson, 21, will share with poker players how people with autism can live healthy, successful lives. He can point to himself as an example, as the Virginia resident enters adulthood working for Home Depot while taking welding classes at Virginia Commonwealth University.

Play some poker, hang out with famous people, drink a few adult beverages, and make a few lives better by getting your Aces cracked by someone in early position calling a re-raise with Queen-6.

Sounds like a perfect evening of no-lose poker in Sin City, which may explain why this tournament continues to grow year after year.

I can only imagine what Phil would say to someone who is on autism spectrum when his aces cracked by Q6 though. Hehe

I support all charity events. This is a great that poker has that long practice and helps those who suffer from autism. This is so good.