The world of poker seems to attract eccentric people and wild situations, 2017 saw plenty of both. The year saw card players receive money they never thought would ever come their way again, a lottery scandal, and tensions in Asia that led to cancellation of a poker event. 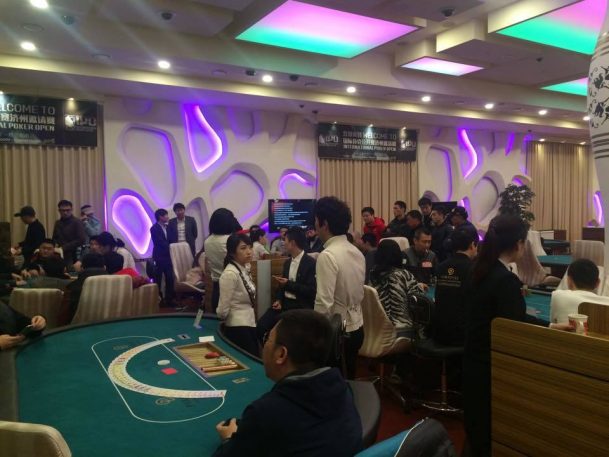 The Paradise Grand Casino in Jeju Island was set to host a WPT event March 17-21, but a war of words between the governments of China and South Korea forced organizers to cancel the whole shebang. (Image: Justgola)

Those in the epicenter of these occurrences were mostly unfazed, showing that it takes a lot to surprise an enthusiast of the game.

It took more than six years, but customers of the defunct online poker sites Absolute Poker and Ultimate Bet finally were able to get money still owed to them after the sites shut down on April 15, 2011 with the FBI’s Black Friday sweep.

Back then, the US Department of Justice (DOJ) served indictments to 11 people and froze the accounts of hundreds of thousands of players. Those who had accounts with PokerStars and Full Tilt eventually got paid, but those who played on Absolute Poker and Ultimate Bet were not sure if they would ever see their cash, especially after the parent company claimed it didn’t have any funds to reimburse former customers.

Acting United States Attorney for the Southern District of New York Joon H. Kim said in a statement that the money came from a 2012 settlement that PokerStars made with the DOJ. Between April and August 2017, players were able to claim their money at last.

This year also saw New Jersey lottery players scratching their heads when they thought they had winning tickets, only to be told that according to the rules of the game, they had lost. That is what happened to thousands of customers who bought scratchers for a game called High Card Poker, in which joy quickly turned to frustration.

Despite having a lottery office, the games were entrusted with private operator Northstar New Jersey in 2013. The outside company won a bid by promising to bring in more money via improving technology and game offerings.

But the August gaffe cost the state nearly $600,000 in refunds and other costs when the tickets had to be pulled from stores.

Marquee poker tournaments usually don’t get cancelled, but a spat between China and South Korea forced the World Poker Tour to pull its event at the Paradise Grand Casino at Jeju Island in March. The island was collateral damage in a war of words between the country’s governments.

The ally of the United States was housing a nuclear defense system to thwart any potential missiles from North Korea’s nuke-happy leader Kim Jung Un. China saw that as a threat and ordered the Terminal High Altitude Defense (THAAD) system to be removed. When South Korea refused, the communist country called for a blackout on business dealings with the country, including suspending airline service. The WPT decided to cancel the event.

While relations are better between South Korea and China, Un has ramped up his rhetoric against President Donald Trump, who’s criticized the North Korean leader in speeches and Twitter posts. Un countered with harsh words and issued a death threat.

Good news in spite of everything, I return your investment after a long time, I hope as a player never having to go through this, and yet it’s good to know that you can recover the money .. What happened with Black Friday and the FBI was also unfortunate for poker in the United States and yet, he did not lose everything.