Global Poker League Playoffs to be Hosted in San Diego 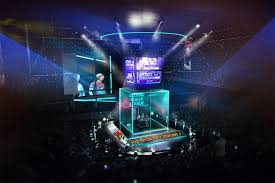 The Global Poker League, in its first season, has received mixed reviews from the poker community. There are many vocal supporters out there, including some of the top players in the game. And there are those who aren’t behind the league.

But one thing nearly everyone can agree on is that San Diego is a great town. That is where the inaugural GPL playoffs will take place, September 30-October 2. The three-day event takes place during TwitchCon 2016, a Twitch celebration in San Diego.

The playoffs will stream live on Twitch, just like regular GPL matches. But instead of online competitions, the players will battle face-to-face, and in front of thousands of TwitchCon attendees. The environment will be more pressure-packed than regular GPL matches.

When the playoffs take place, Alex Dreyfus, the founder of the GPL, will introduce The Cube to the poker world for the first time. This innovative game stage set-up will allow fans to see hole cards live without being able to communicate hand information from the audience to the poker table.

There are 12 teams in the league, with six in each conference. Only the top two ranked teams, based on total points accumulated throughout the season, will advance to the playoffs. The remaining teams will be stuck at home watching it on Twitch.

As of Wednesday, May 18, the four teams that would advance to the post-season are the Montreal Nationals, Los Angeles Sunset, Moscow Wolverines, and Paris Aviators. Of course, this can all change between now and September 30.

Most teams in the league are still in contention. The San Francisco Rush, Berlin Bears, Rome Emperors, and Las Vegas Moneymakers may need the equivalent of a one-outer on the river to make the playoffs. But this is poker, so anything can happen.

The Global Poker League currently functions as an online poker competition. Each Tuesday, both conferences square off in a six-max sit n go style format, online. On Wednesday’s and Thursday’s, the format shifts to online heads-up matches.

Teams accumulate points based on the outcome of those games. Once the regular season concludes, the format shifts to live poker competition. This is Dreyfus’s way of “sportifying” poker.

Many of the players in the GPL have been more successful online throughout their poker career than offline. But they’ve all spent plenty of time in a brick-and-mortar casino poker rooms.

Some of the players that are competing at a high level during the online portion of the league schedule may not have the same success once the matches shift to The Cube, and vice versa.