Global Poker League Announces 203 Eligible Pros for GPL Draft, But Not Everyone Is Thrilled 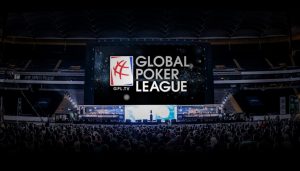 Global Poker League draft-eligible: despite contract concerns, 203 of the world’s best tournament players will be part of the first GPL draft. (Image: pokerbrave.com)

The Global Poker League’s mission to create a product that will at once “sportify” poker and make the game more attractive to sponsors took another step forward recently with the unveiling of its official player draft list.

In January, the Global Poker League (GPL) announced that it would consist of 12 teams (franchises) and each would be made up of a team captain and players picked from an official draft.

To ensure certain standards would be met, the GPL created a sign-up form that allowed any player ranked within the top 1,000 tournament performers on the Global Poker Index (GPI) to be considered for that draft.

Picking Out the Best of the Best

After whittling down the number of applicants to 203, the GPL has released the list of players that the 12 franchise managers will be able to choose from during the official draft on February 25th.

Topping the draft as the hot pick is 2015 GPI Player of the Year Byron Kaverman. Boasting career earnings of more than $6.7 million, Kaverman will likely be the number one choice for many in the first round draft.

Overall the list of GPL prospects features players from 33 countries, including the US, Germany, the UK, Poland, and Italy, and the total amount won by the 203 players is more than $550 million.

However, even before the official draft list was released, GPL founder Alex Dreyfus was busy defending his project on Twitter.

Faced with a number of complaints from players unhappy about the terms of the contract they’d have to sign if they agreed to play on the GPL tour, Dreyfus took some time to ponder his options before talking to Lee Davy of CalvinAyre in a recent interview.

Contract Concerns for Some

One of the main concerns from some of the top-ranked tournament players who’ve opted not to join the GPL draft is the number of media obligations they’d have to fulfill.

Although the League has promised a “zero buy-in structure” and various perks, including $100 an hour in wages, players like David Peters (who has already pulled in close to $11 million in live tournament winnings in his young life) are concerned that they will have to do more marketing for the GPL than they’d like to.

Echoing this sentiment, Adrian Mateos felt it wasn’t in his best interest to tie himself into a two-year contract (GPL players must agree to make themselves eligible to play for two seasons) when he doesn’t know how his poker schedule will pan out year-to-year.

Defending his position, Dreyfus told Davy that the GPL isn’t an “evil” conglomerate looking to rob players of their rights or individuality. However, he did explain that the League has been designed to be a more attractive proposition to sponsors than current business models.

“We had to build a foundation from which we would evolve. All year long we will have these 12 cars racing after each other and all the media are going to make stories about these 12 cars which are going to race these cars and the players within them. This is how you build exposure, engagement, and once you have done that you can engage with sponsors,” explained Dreyfus.

Of course, as anyone who knows poker players knows, a two-year commitment to show up is tantamount to a fifty-year one to anyone else. Most poker players won’t commit to a dinner reservation, let alone a two-year contract to make appearances.

In fact, that may be one reason why you see major sites like PokerStars hiring so many big-name athletes to rep for them: they’re a bit more reliable from a marketing standpoint.

Despite the concerns of some players, almost all of the top pros in the world are listed on the current list and now it’s just a matter of which ones will make the cut during the live draft on February 25th in L.A.