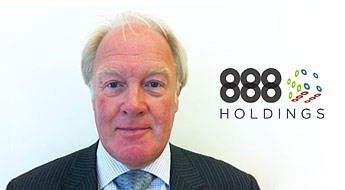 Brian Mattingley of 888 on board with GBGA challenge to UK laws.

The GBGA, as promised, filed a legal challenge with regard to the UK Gambling (Licensing and Advertising) Act of 2014.

The Gibraltar Betting and Gaming Association has expressed sincere concerns with regard to the new laws since the proposals were made public. Earlier this year, the organization vowed to take their concerns to a high court and followed through this week.

The judicial review filing includes an allegation that the new UK law is unlawful because it constitutes an “illegitimate, disproportionate and discriminatory interference with the right to free movement of services guaranteed by Article 56 TFEU (Treaty of the Functioning of the European Union), and is irrational.”

In March, the GBGA expressed its utter discontent with the new laws being pushed forward at that time in the UK.

Of the more than 20 members of the GBGA, most support the action of the group to pursue the current legal action against the UK

The primary concern was the 15 percent tax for licensed operators on all remote gaming gross profits from UK customers, better known as the point-of-consumption tax. The organization and many of its members felt that the sole purpose of the law was to collect taxes and profit from an already controlled and substantial industry.

The other concern expressed by the GBGA was that the new system would effectively drive customers to unregulated sites, which puts their money and personal information in danger.

With many companies unable to afford the licensing and new taxation system in the UK, more sites will offer underground online gaming services. Customers who participate in gaming on those sites don’t have the protections that they could have in a large market like the UK.

Peter Howitt, Chief Executive of the GBGA, noted, “The only beneficiaries of this change (in law) are the UK domestic industry and the Gambling Commission itself, which has persuaded the UK government that it should be the global regulator of this high tech and complex industry.” He then added, “We are determined to fight against measures that actually undermine consumer protection.”

One of the most prominent members of the GBGA is 888, which derives more than 40 percent of its revenue from the UK. The company’s CEO, Brian Mattingley, has been vocal about his support of the GBGA and opposition to the UK gambling laws, noting in previous interviews that European directives prohibit the actions of the UK Gambling Commission. “You can’t employ regulation just enabling you to collect tax” if it’s not good for the consumer, he noted in a previous interview.

Of the more than 20 members of the GBGA, most support the action of the group to pursue the current legal action against the UK.

Others, like William Hill, have quietly backed away from the GBGA’s public stance. Hill Executive James Henderson said earlier in the year that he thought the legal challenge was inappropriate, and his company was willing to work with the UK Gambling Commission to do whatever necessary to create a positive outcome.

Meanwhile, most companies, including 888, are preparing paperwork to file for licenses to operate in the UK. While they support the legal challenge, the loss of customers by refusing to participate in the new regime would be catastrophic to revenues.

The UK’s Department of Culture, Media and Sport has confirmed receipt of the legal claim from GBGA and only commented: “We will be responding in due course and continue to prepare for the Act coming into force on October 1.”