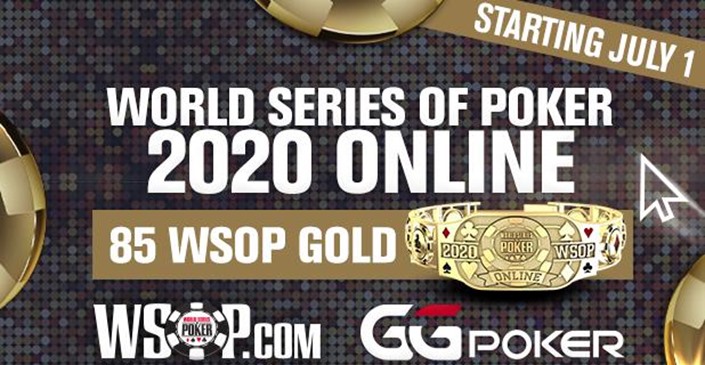 GGPoker is just getting started with its 85-bracelet event WSOP series. (Image: ggpoker.com)

Sergi Reixach busted in third place out of the 132 entries, earning $159,933. That set up a lengthy heads-up match between two deep-stacked players.

Badziakouski had a massive stack for much of the final table, affording him the ability to push players around. Once heads-up play began, the stacks evened up between Badziakouski, one of the top high rollers in the game, and the unknown player, Gottlieb.

Gottlieb isn’t a known player on the high-roller circuit. He doesn’t appear to have any recorded live tournament cashes, and this is his first World Series of Poker title.

During heads-up play, with both players deep stacked and even in chips at the time, Badziakouski encountered technical issues. His computer was having problems, preventing him from continuing to play. Gottlieb could have just raised every hand, stealing blinds, and bleeding his opponent down to zero chips. Instead, he took the high road and opted to pause play while GGPoker fixed the issue.

The poker site was forced to delete the table and set up a new table in order to get Badziakouski back in action. Play was halted for just under 30 minutes.

Karma may have been on Gottlieb’s side as he eventually defeated the young poker star heads-up. He earned $276,393 for his efforts. The runner-up took home $210,249. Badziakouski has more than $28 million in live tournament cashes, ranking him 13th all-time. He isn’t a regular at the WSOP in Las Vegas each summer, so he doesn’t have many opportunities to win a bracelet.

There are still more than 40 online bracelet events remaining on GGPoker up until Sept. 1, so he’ll have plenty more cracks at it this summer.

so was the tech issue the fault of the GG site or Mikita and his computer ? in any case the eventual winner showed lots of class by not auto raising ! not sure i would have done that had i been in position to win a bracelet . Gottlieb , apparently an amateur ,demonstrated way more style and fairness than the childish ‘pros’ we seem to read about all too often on these CC news posts !