Even as the live poker scene roars back around the world, online poker is still going strong. If you need some evidence to back up that claim, look no further than the GGPoker Spring Festival. The online poker site paid out over $1 million to two champions this week already, along with one runner-up. 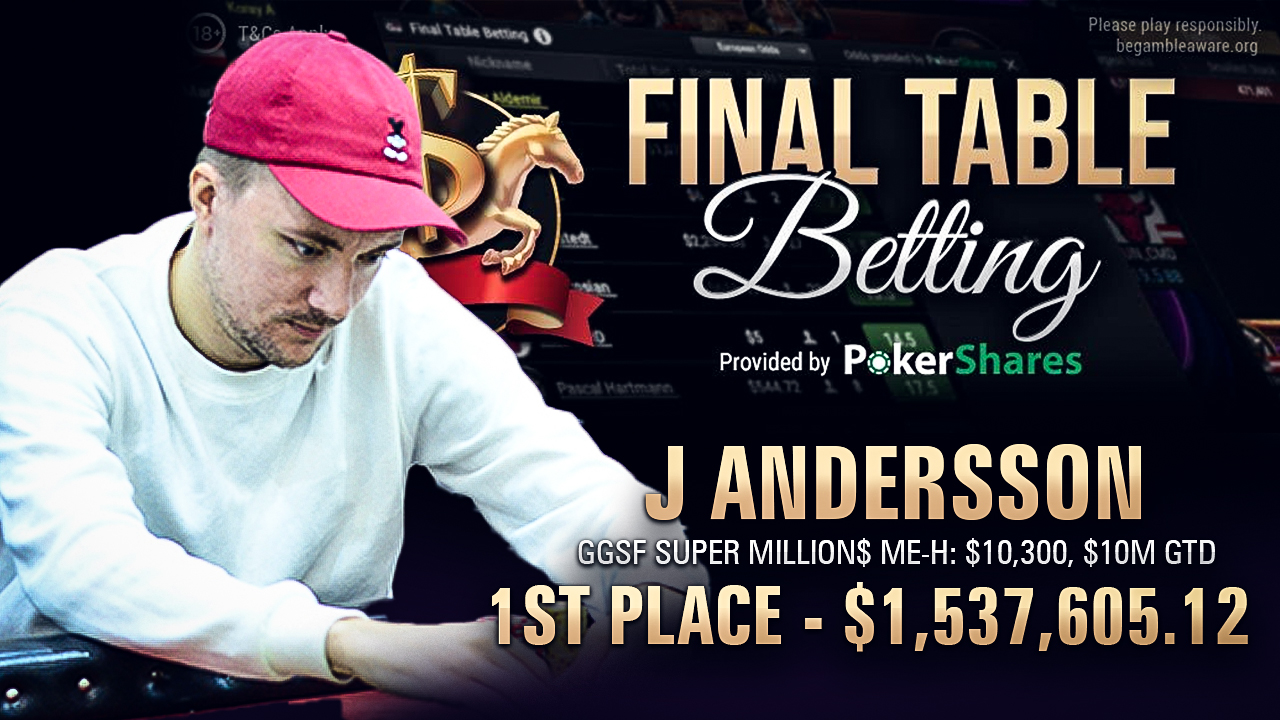 Joakim Andersson is one of three recent millionaires made on GGPoker. (Image: Twitter/GGPoker)

GGPoker isn’t the only poker site paying out massive amounts to recent winners, as you’ve probably learned from our Big Winners of the Week articles. PokerStars is currently hosting its annual popular Spring Championship of Online Poker (SCOOP) series, which runs until April 28, and guarantees at least $100 million in prize money.

Partypoker’s Powerfest series is also paying out big, including Christoph Vogelsang’s $25,500 Super High Roller win on Tuesday, which paid the German poker superstar $469,691. That pales in comparison to the money won by Mikita Badziakouski, one of the best under-30 poker pros in the world, on GGPoker.

Getting rich on GGPoker

On Tuesday night, GGPoker awarded a seven-figure cash to two additional players …. in the same event. The $10,300 buy-in Super Millions Main Event, a $10 million guaranteed tournament, had a whopping 1,089 entries, creating a final prize pool of $10,890,000. That’s approximately one-sixth the size of a typical WSOP Main Event prize pool, which is quite amazing for just one online poker tournament.

Julian Stuer, who hails from Austria, took second place in the event and received a heck of a consolation prize — $1,185,655. The champion, Joakim Andersson, a Swedish online pro, earned $1,537,605, and now has more than $5.3 million in earnings on GGPoker.

Andersson is getting used to being in the winner’s circle. He also took down a $25,500 Super High Roller during the Partypoker Powerfest series earlier this month for over $400,000.

Between GGPoker’s Spring Festival and the PokerStars SCOOP series, more than $250 million are up for grabs over hundreds of tournaments. And the poker sites don’t appear to be having a problem hitting the massive prize pool guarantees.

COVID-19 vaccinations are ramping up around the world, which is helping to spur the return of live poker, including some major events such as the World Poker Tour and World Series of Poker (fall). Even so, the online poker industry is continuing to crush, even as pandemic restrictions are beginning to be lifted in many parts of the world.