The bubble has burst in the $100,000 buy-in Poker Masters series finale, and as this global affair comes to a close, Fedor Holz is leading the way. He’s one of four remaining Germans. 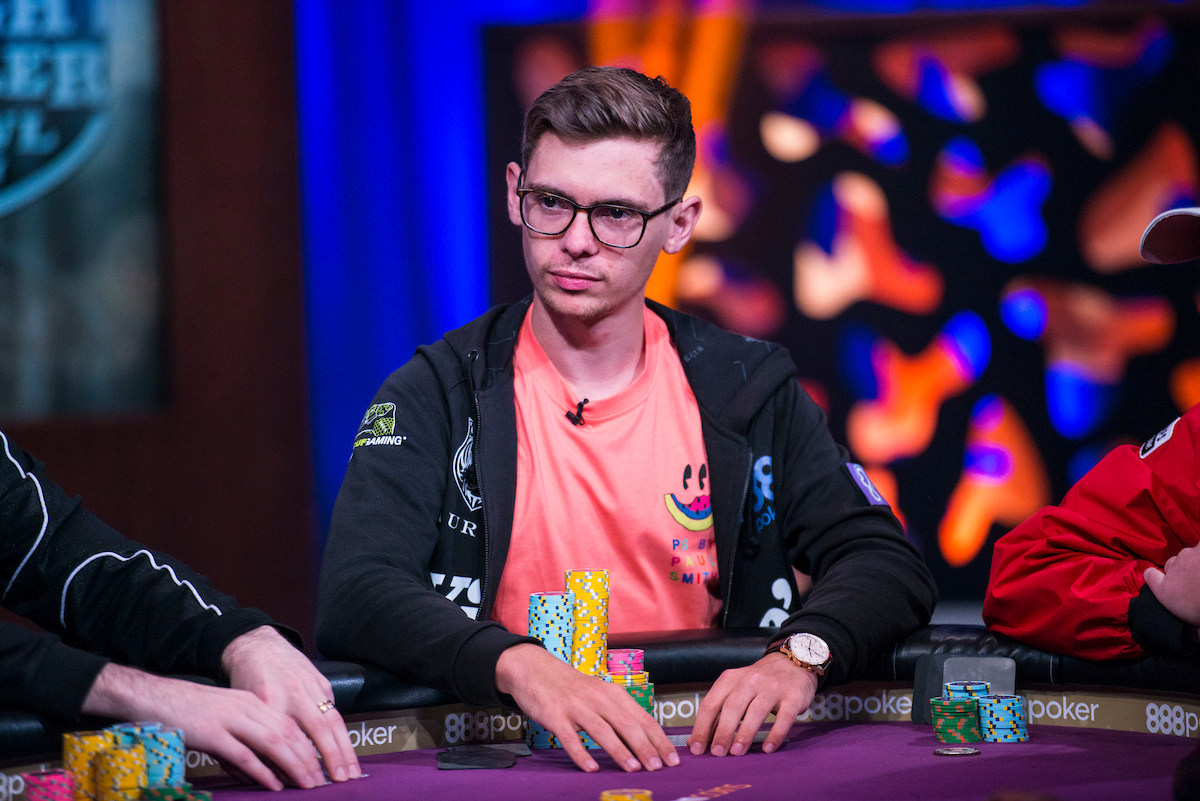 Holz, the 24-year-old with $24 million in career live tournament winnings, would love to add $1.5 million to his resume on Wednesday and, potentially, the first ever Poker Masters Purple Jacket.

That all depends on how fellow German Steffen Sontheimer finishes. These two players, indisputably among the best in the world (sorry, Phil Hellmuth), have spent countless hours studying the game together.

Adding Up to Purple

In Event #2, a $50,000 preliminary, Sontheimer beat his fellow countryman heads-up for the title and $900,000. That was one of now four cashes during this five-tournament series for the man they call “Goose.”

Sontheimer, with $1,221,000 in cashes thus far during the Poker Masters, would lock up the Purple Jacket, awarded to the player with the most money won during the series, with at least a 2nd place finish, which pays $864,000.

If Sontheimer finishes in 3rd place and Holz doesn’t win, he will still win the purple jacket unless Stefan Schillhabel from, you guessed it … Germany, takes down the $1.5 million prize. There’s even a scenario where a 4th place finish will be good enough, if shortest stack Seth Davies is the winner, for Sonteimer to take home the coveted Willy Wonka-looking duds.

Sick Bad Beat of the Day

Stephen Chidwick was moments away from having the largest stack with nine players remaining, and then poker happened.

Out of position, Chidwick checked the nut-straight and gutshot straight flush draw, as did Christner, which got Sontheimer to fire 29,000 into a pot of just over 66,000.

Chidwick then check-raised 110,000. Christner, with an open-ended straight and backdoor flush draw, made the somewhat questionable call. Sontheimer laid down his top pair with a three-card gutshot.

The turn, 3♣, made the hand extra juicy, as Christner was now halfway there on his flush draw. Chidwick, still holding the nuts and looking for maximum value, put his opponent’s 568,000-chip stack to the test by shoving all-in.

With nine outs to win (any club) and three cards to chop (a nine), Christner had a difficult decision. With high-risk and high-reward, after using a time extension, he decided on a no-guts-no-glory motto, and made the call.

If you’ve played poker long enough, you just know what’s coming on the river. The unlikely became likely when the K♣ showed up on the river. Chidwick, instead of becoming a massive chip leaders, slid all the way down to 307,000 chips as Christner, thanks to a sick runner-runner suck out, was up to 1,471,000.

To add insult to injury, he ended up being the bubble boy, busting in 7th place against Sontheimer on the final hand of the session.

And I have the nerve to complain about busting on the bubble of a free-roll, lol

must be hard to just miss the money a $100k buy in event , especially in that manner !