Another World Poker Tour (WPT) main event is in the can, and Geoffrey Hum is the latest player to etch his name in the history books. 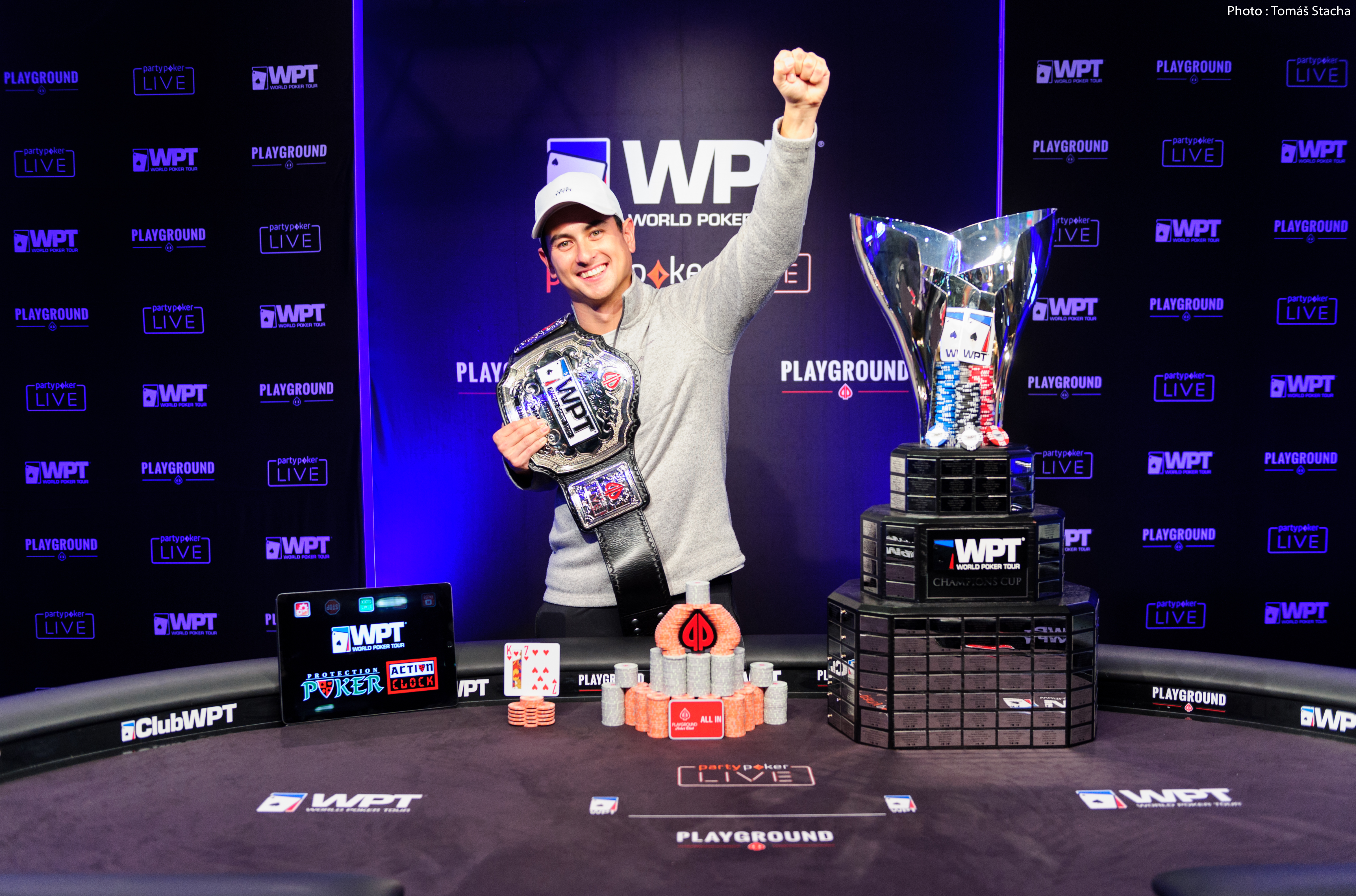 With WPT Montreal getting underway on Oct. 20, the festival attracted the masses once again. As players from Canada, the US and further afield anted up inside the Playground Poker Club, the CA$3,300/US$2,500 main event topped the bill.

With players being able to grind the early stages online, and play in a selection of satellites, the WPT Montreal main event collected 1,109 buy-ins.

Leading the way at the start of Day 4 was veteran tournament pro Joseph Cheong. Boasting $14.6 million in career earnings, the American wanted to make his presence felt early.

However, it was Adedapo Ajayi who took the lead. Ousting another of the finale’s world-class pros in the form of 2014 WSOP Main Event champion Martin Jacobson, Ajayi quickly became the man to beat.

With Jacobson’s elimination leaving just five players in the mix, had a mountain to climb. With Mike Leah and Kristen Bicknell adding more star power to the final table, the part-time player’s task was even tougher.

Despite the talent on display, Hum gradually moved himself in a winning position. As Bicknell and Leah fell in fifth and fourth respectively, the man from Toronto got to work.

Buoyed by a rush of cards, he enjoyed a slice of luck on hand #147. Calling Cheong’s all-in with pocket jacks, Hum’s eights needed some help.

The dealer duly obliged by spreading an 8♠2♥T♦ flop. Needing a miracle jack to avoid elimination, Cheong could only watch as the T♠ and 5♠ completed the board.

Now down two, the WPT Montreal main event became a battle of the grinders. With some of the game’s elite watching from the rail, Hum put on a clinic.

Sealing the deal in just eight hands, the Canadian barely put a foot wrong against Ajayi. In the end, a double flush would bring the 2019 WPT Montreal main event to an end.

Unfortunately for Ajayi, it was a case of making the wrong hand at the wrong time as the A♥ fell on the turn. With Hum holding the higher flush, the meaningless T♠ on the river brought the tournament to a close.

Speaking after his win, Hum said that he got lucky when it mattered. In addition to picking up aces and kings at crucial times, a few lucky flops meant he was able to stay alive when it mattered. Hum succeeds last year’s winner, Patrick Serda and earned his first WPT title with the victory.