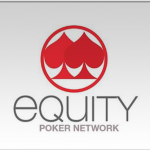 The Equity Poker Network and Gear Poker are mutually parting ways after only ten months of working together.

The Equity Poker Network’s small family of poker rooms is now a bit smaller as Gear Poker room has parted ways with the network.

Large rooms often attract players based on branding and recognition alone. Gear Poker, like others, is just one name housed under a larger network of sites.

Though Equity Poker Network’s scale isn’t massive, Gear Poker was one of the few rooms supporting the growing and tight-knit network.

With only a few days since the split was made official, there is no clear reason as to why Gear Poker made the decision to leave.

In a short statement given by the Equity Poker Network, the decision for them and Gear Poker to split was a mutually agreed upon decision. In a press release no specifics were provided either. “Gear Poker’s exit is simply a realization early in the partnership that each party has different ways of doing business – nothing more, and nothing less,” said the press release.

An Equity Poker Network representative also made a statement regarding the mutual split between the two. “This decision has been taken in the best interests of both EPN and the Operator,” said the representative. “We wish Gear Poker continued growth for the future, and we part ways amicably.”

The Gear Poker room’s departure from the Equity Poker Network does mean that regular players will experience some difficulty in finding games as the player pool will decrease. In most cases, when a smaller operator or room leaves a network it will strike off on its own or fall under another network umbrella. However, Gear Poker has yet to join another network and hasn’t announced any plans to do so either.

Players worried about any issues with their funds should know that the Equity Poker Network said any payouts players have will be received. Gear Poker will also be in touch with players when it finds a new network to work with.

The Gear Poker website also shows no indication that downloading its client and playing will be an issue. Gear Poker moved from the Chico Poker Network for the Equity Poker Network’s launch period in November 2013.

Gear Poker is only the second room to leave the Equity Poker Network since its inception. In February, the network mutually parted ways with Poker Hiro stating a difference in business objectives as the primary cause for the split. Poker Host was the most recent room to join in April after having parted ways with Merge Gaming.

The Equity Poker Network was launched as the world’s first non-profit, cooperative poker network. The network prides itself on working to support its member’s poker rooms. Operators are given most of the control on how the rooms are run including tournament configuration and how comps like rakeback are allocated.

Even if a player goes from room to room in the network, the revenue they generate will always stay with the room they originally signed up with.

In May, the Equity Poker Network’s flagship poker room FullFlushPoker.com withdrew its online real-money gaming options for US players in New Jersey, Nevada and Delaware. Even with this move, Gear Poker’s departure and the different business model, the Equity Poker Network has seen strong growth. Cash game traffic for the network has also just hit its highest point since launch.

The US needs more sites that are open to us.