Ten days after the Supreme Court wiped out a federal ban on sports betting, organizations with a sizable stake in the game are speaking up about how they’d like to see the industry regulated. 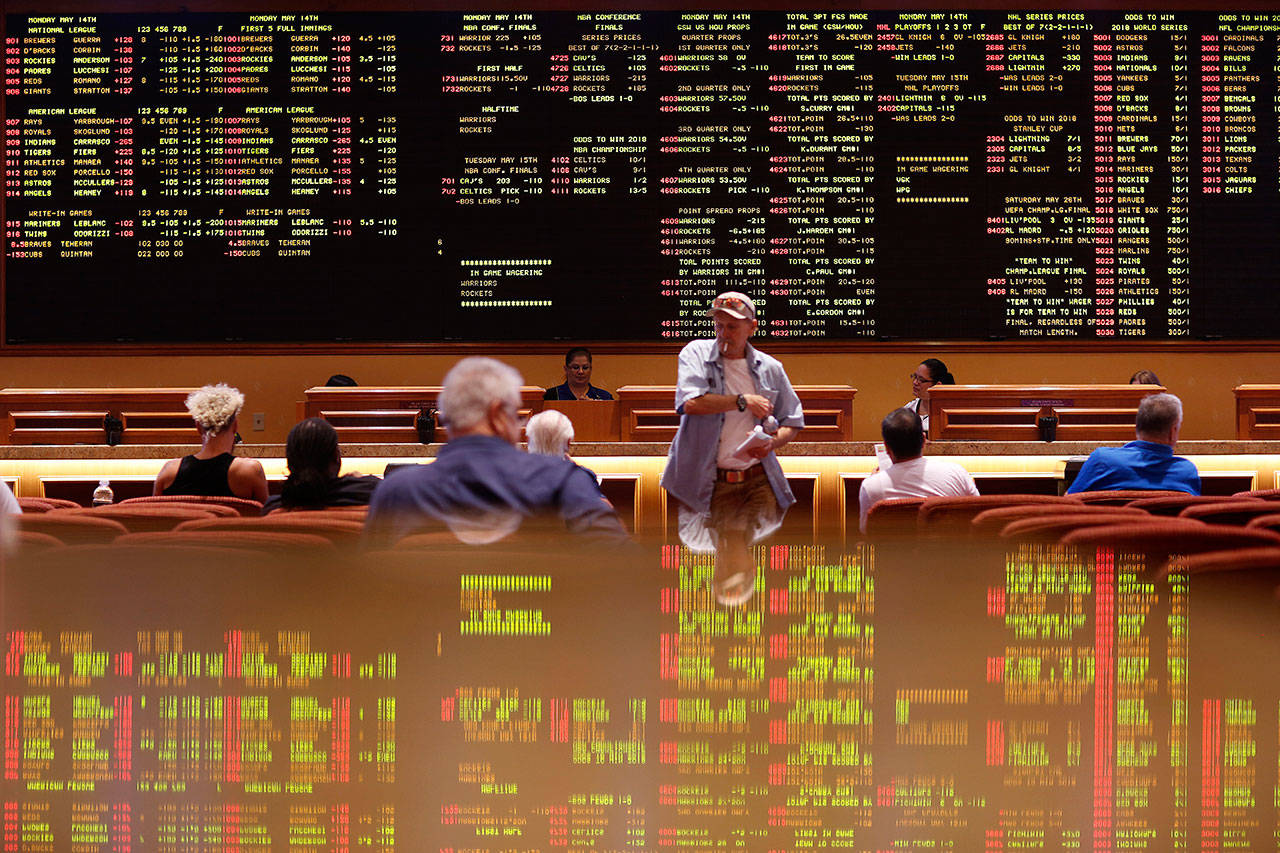 The AGA sees Nevada as a model for how states can regulate their sports betting boards far better than what federal lawmakers could do. (Source: Everett Herald)

Both the American Gaming Association and US State Gaming Regulators maintain that individual states are perfectly capable – and already well set up – to handle the task of setting their own rules for the emergent market.

In separate statements released this week, the two organizations agreed that the federal government should keep their hands off the process. The NFL, meanwhile, came out with a statement yesterday requesting that Congress legislate uniform standards for sports betting on the federal level.

‘Unwise’ to Get Involved

The AGA’s statement was strongly-worded, saying that it would be “unwise” and “unnecessary” for federal lawmakers to get involved. The association went as far as to say that they’ll be proactive if Congress decides to wade into the proceedings.

“AGA will also combat any attempts by the federal government to neuter state regulatory power,” their statement read.

AGA president and CEO Geoff Freeman is adamant that the last thing the industry needs is heavier regulation at the federal level, according to CDC Gaming Reports.

“The gaming industry is already one of the most-regulated in the country, and state and tribal regulators have decades of experience (in) effectively overseeing gaming operations within their jurisdictions,” Freeman said.

US State Gaming Regulators echoed those sentiments, pointing out that Nevada is a shining example of a successful state sports betting model. Both organizations also spoke out against so-called integrity fees, which are a cut of sports betting revenues which sports leagues say will help them to sniff out any shady betting activity.

At least one US congresswoman agrees that her peers should steer clear of sports betting. Las Vegas Democrat Dina Titus pointed out that state regulators already know what works best in terms of consumer protections, licensing fees, and tax rates.

At the other end of the spectrum, poker players would probably be happy with regulators at any level of government getting involved in their fight. Despite optimism from Phil Hellmuth and Mark Cuban, there is no real push for the widespread legalization of online poker, on either a state or federal level.

And you shouldn’t expect any pressure coming from the Poker Player’s Alliance (PPA) anytime soon. That organization is barely keeping the lights on these days after losing funding from the online poker industry followed by a desperate push to raise $25,000 that came up woefully short, generating just $7,000. Other than some words of optimism in the days following the Supreme Court ruling on sports betting the PPA has been notably quiet.

Nevada, New Jersey, and Delaware recently merged online poker player pools, and Pennsylvania may not be far behind. Other states, however, are providing little reason for optimism. While New York legislators are “working on” an online poker bill, they don’t expect that it will come to pass anytime soon.

As we’ve come to learn, sports betting is a different story altogether.  State legislators say a best-case scenario would see regulations in place which would allow betting on games as early as the end of June.