Senator Ray Lesniak (D-Union) is running for the governorship of New Jersey and that could mean big things for the state’s iGaming community. 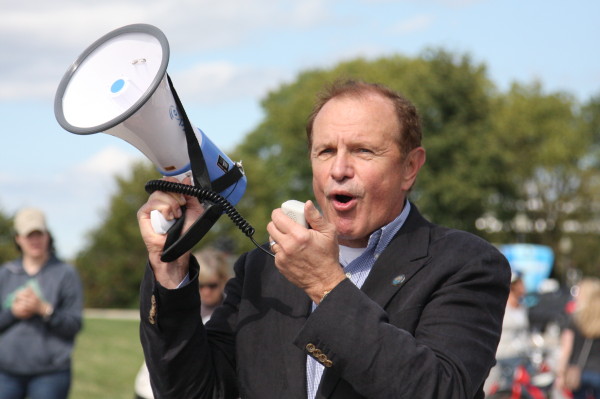 When it comes to forward-thinking politicians that can smell a moneymaking opportunity, Lesniak is at the top of the game. Submitting an online gambling bill in New Jersey back in 2010, Lesniak was ahead of the curve when it came to regulating the industry for the good of the state.

Although his initial bill was torpedoed at the last step by Governor Chris Christie, Lesniak resumed his fight in 2012. Despite being vetoed again by Christie in 2012, Lesniak didn’t give up and it was his continued efforts and support that eventually led to online gaming being regulated in 2013.

Longtime Support of the Betting Industry

Alongside his mission to make New Jersey the “home” of regulated online gambling in America, Lesniak has also spearheaded the push to have sports betting legalized in the Garden State. Under the Professional and Amateur Sports Protection Act of 1992 (PASPA), sport betting outside of Nevada, Oregon, Delaware and Montana (final three states have sports lotteries) is illegal.

Lesniak has continually expressed his contempt at the law and has been instrumental in submitting a number of bills designed to repeal the act in New Jersey. Unfortunately, as it stands, the senator has been unsuccessful in his attempts to regulate the industry with his latest defeat coming in August 2016 at the federal appeals court.

But, even in spite of this loss, Lesniak remains a strong supporter of the gambling industry and now that he’s officially in the running to replace the outbound Christie, it could mean more changes are on the horizon.

Prior to PokerStars receiving a license in New Jersey, the Democrat made his support of the site well known. Speaking to Pokernews back in 2013, Lesniak said that the “biggest and the bestest” poker site should have a presence in the state “as long as the DGE (Division of Gaming Enforcement) says it’s ok.”

Although this would no longer be a battle he’d have to fight as governor, his support of successful operators does seem to suggest he’s willing to make some big moves in order to bolster New Jersey’s iGaming economy.

Perhaps one of the biggest issues he will address if he succeeds Christie is liquidity sharing. Until now, talk of playerpool sharing has stopped short of any positive action, despite many believing this could be the best way to improve revenue across the board.

Naturally, Lesniak will have a mountain of issues to deal with if he’s able to secure enough votes to overcome the likes of fellow Democrat Phil Murphy and Assemblyman John Wisniewski. However, given his previous affinity with the gambling industry, it’s highly likely New Jersey will have a powerful new ally should Lesniak become governor.