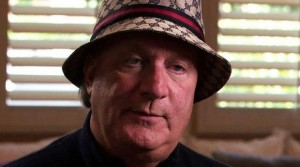 Mark Johnston lives in Los Angeles and traveled to Las Vegas for Super Bowl weekend. The 52-year-old former car dealership owner drank and gambled at the new Downtown Grand casino in Las Vegas, ultimately losing $500,000. He is now suing the establishment for cheating him out of those funds.

The lawsuit claims that the casino served him too much free alcohol, causing him to black out and gamble more than usual. Johnston claims that the casino employees should not have let him gamble, considering his obvious drunken stupor and inability to make rational decisions. Some analysts say the gambler may just have a solid case.

The weekend began when Johnston and a female friend flew to Las Vegas. They began drinking early, having several alcoholic beverages before dinner at a Downtown Grand restaurant. A friend observed that he was already drunk at dinner, and Johnston says he doesn’t remember even leaving the restaurant or the 44 hours that followed. Over that time, he dropped casino chips on the floor, was unable to distinguish values and colors of chips, slurred his speech, and was often unable to read his own cards, he claims.

According to friends and records, the man took out markers for $500,000, and he lost the money playing Pai Gow and high-stakes blackjack over a period of 17 hours. He believes he had as many as 20 drinks while in the casino, in addition to 10 drinks prior to entering the casino, on top of prescribed medication that increases the effects of alcohol.

Johnston acknowledges that his actions were partly his own responsibility, but he claims that the casino has a bigger responsibility to protect its patrons. He likens his situation to a drunk person being pickpocketed. In addition, the Downtown Grand demanded a fairly quick repayment of the debt, and they contacted the Hard Rock Hotel and Casino in Las Vegas to notify them of the debt before Johnston could stay at that casino, which Johnston characterizes as sullying his good name.

Nevada gaming regulations prohibit casinos from purposely intoxicating customers in order to keep them gambling at their establishments. The rules also prohibits “permitting persons who are visibly intoxicated” from participating in gaming activities. Karl Bennison of the Nevada Gaming Control Board told CNN that those charges are being investigated. If found guilty, the casino could be subject to fines or even a revocation of its gaming license by the state of Nevada.

The lawsuit seeks to erase the entire debt of $500,000, and Johnston is also suing for compensatory and punitive damages “in an amount sufficient to deter the Downtown Grand from similar conduct in the future.”

Johnston claims that the money is not the issue, as he has lost up to $800,000 gambling in the past. His background in car and real estate sales affords a comfortable lifestyle and the ability to lose money gambling. Instead, he claims that his life was at stake, as the amount of alcohol could have killed him. He wants the casino to take responsibility for its actions, and he hopes to clear his name in the media and with Las Vegas properties.

If it works I’ll be drinking and acting twice as drunk. Doing that would put the games as ‘no risk’. I don’t think he has a drunk leg to stand on.