‘VeniVidi1993’ Books Win, Cuts Deficit in Half, in Galfond Challenge

“VeniVidi1993” racked up a €34,580 win on Tuesday in a shortened Galfond Challenge session. The profitable day helped the online poker pro erase nearly half of his deficit against Phil Galfond. 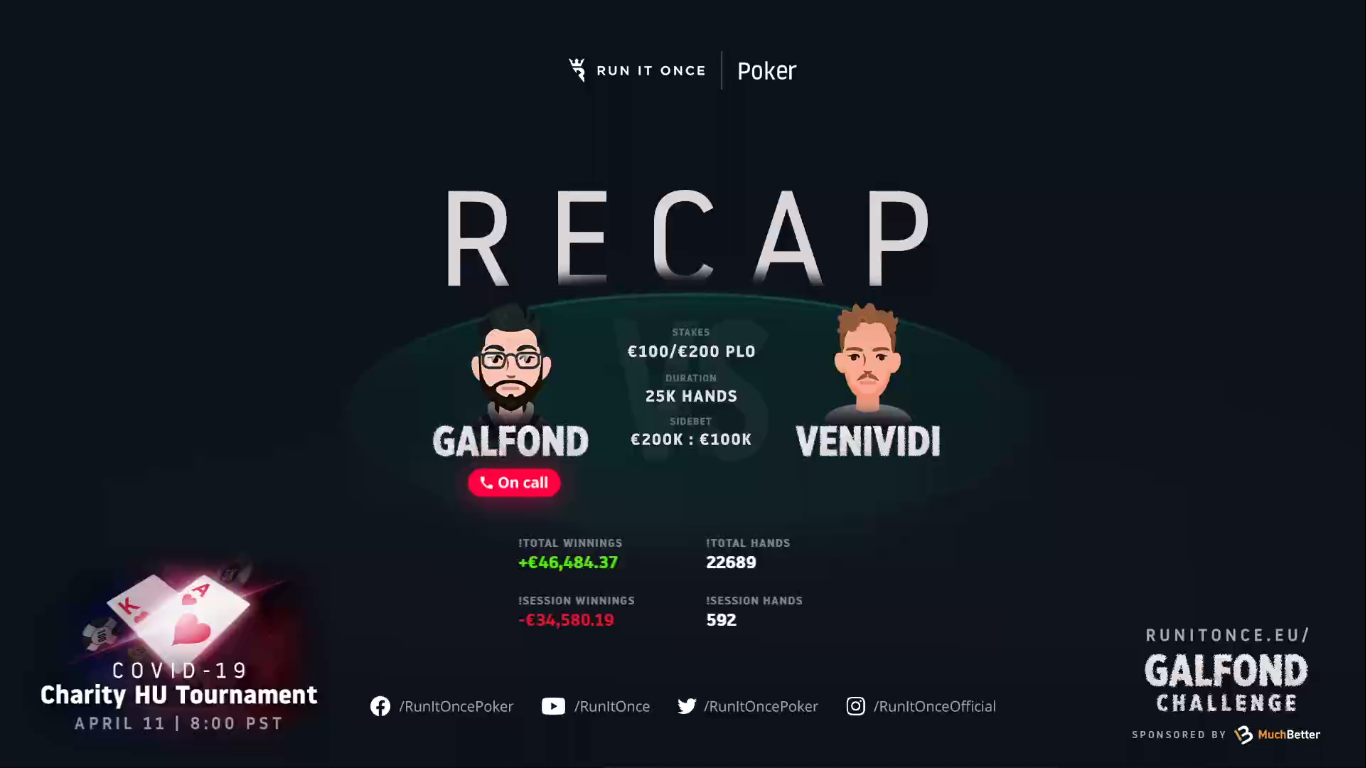 On Monday, Galfond finally finished a day with an overall lead for the first time. He trailed by €900,000 back in February before absolutely destroying his opponent over the past month-plus.

But “VeniVidi1993,” an online pro whose name isn’t publicly known, didn’t just accidentally run up a huge lead over one of the top PLO players ever. He’s clearly a talented player, so this match is far from over.

We’re getting down to the nitty-gritty in the first Galfond Challenge. With just 2,311 hands remaining out of 25,000, the excitement is picking up. If you haven’t been watching the back-and-forth battle on Twitch, now is the time to start. The contest is beginning to wind down and should be complete within a week.

In most sessions, the competitors are playing between 500-800 hands. But on Tuesday they agreed to a shortened session of just 222 hands, far and away the quickest day in the 36-session Galfond Challenge.

Quick or not, “VeniVidi1993” should be feeling good about his performance on Day 36, or at least his results. He racked up a much needed, five-figure win, nearly the equivalent of two buy-ins. And with that, he now trails Galfond by just under €47,000, a much better position than his €80,000 deficit a day ago.

The bad news for “VeniVidi1993” is that he hasn’t won back-to-back sessions since Feb. 8-9. Including his loss on Tuesday, Galfond is 15-6 since the challenge resumed following a month-long break.

That said, a €47,000 deficit in a high-variance game such as PLO can quickly be erased at such high stakes. All it will take is a few big hands, and Galfond could find himself back in the hole. Suffice it to say, the conclusion of the Galfond Challenge is going to be interesting.