‘ActionFreak’ Turns in Dominating Performance on Day 9 of Galfond Challenge

“ActionFreak” bounced back in a big way on Day 9 of the Galfond Challenge. The online poker pro put a significant dent in Phil Galfond’s €434,000 lead as he scored a massive win. 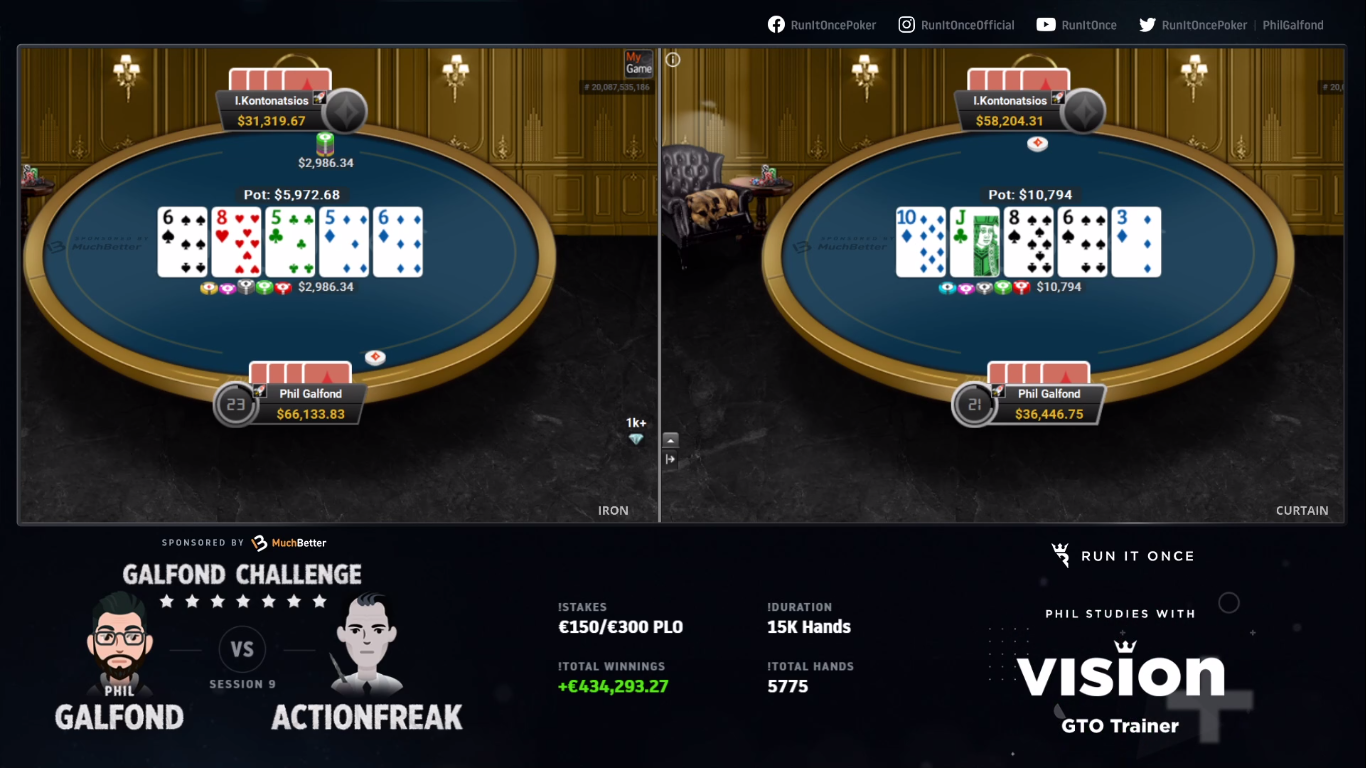 Monday was a rough day at the online poker tables for Phil Galfond. (Image: Twitch/ Run it Once Poker)

The two poker pros are nearly midway through a 15,000-hand, high-stakes Pot-Limit Omaha competition. After the required number of hands at €150/€300 stakes, a winner will be crowned. That individual — either Galfond or “ActionFreak” — will receive a €150,000 payment from the other player.

Of course, the winner will also collect any profits earned during the event. Entering Monday’s session, it appeared Galfond was in the driver’s seat to win his second straight challenge — he defeated “VeniVidi1993” last month when he pulled off one of the most improbable comebacks in poker history.

But the tides have turned thanks in large part to a Day 9 heater from the challenger.

The ninth session of the PLO competition was a rough one for Galfond. Viewers on the Run it Once Twitch channel witnessed the poker site owner lose €256,044 over 721 hands. In doing so, Galfond’s lead has dropped to €178,249 through 6,496 hands.

As “ActionFreak” showed on Monday, the swings in PLO are often massive. That means his current six-figure deficit could be shaved off within a matter of a few hours on Day 10. Or, it could go the other way and, perhaps, Galfond will extend his lead once again.

“ActionFreak” still has 8,504 hands in which to make up the deficit. To do so, he’ll need to profit approximately €21 per hand, on average.

It was that type of day for Galfond.